In January, 2015, Alice M. Doughty, a Neukom Fellow at Dartmouth College, Margaret Jackson, a Ph.D. student at Dartmouth College, and James Russell, a professor at Brown University, traveled to the southern section of the Rwenzori Mountains of Uganda to study tropical glaciers and track their changes during and since the last ice age that occurred 20,000 years ago. Doughty, Jackson and Russell are working with Comer Fellow Dr. Meredith A. Kelly at Dartmouth College, who has been mapping and dating the moraines in multiple valleys of the Rwenzori. This trip was Doughty’s first time to Africa, first time working at high altitude, and first time with porters.

"I had never worked at this high of altitude, I remember on the third day hiking above the elevation of Mt. Cook (New Zealand’s tallest peak). I had difficulty breathing while hiking and sleeping at 4200 m above sea level. But the landscape was so beautiful, and the porters so strong, that I felt incredibly grateful to be there, on the Equator, sampling rocks the ice-age glaciers left behind.”

One goal of the trip was to sample boulders for cosmogenic dating. The changes in size of these tropical glaciers over time are related to climatic changes in the mountains, and this team wants to compare fluctuations of tropical and middle latitude glaciers. Doughty will use a computer model to simulate glacier size and infer past climate.

"I am a glacier modeler, I use modern climate and topography and impose a change in temperature to grow glaciers out to their previous extents, which are marked by moraines that Maggie will date. Think of it as a really nerdy computer game." 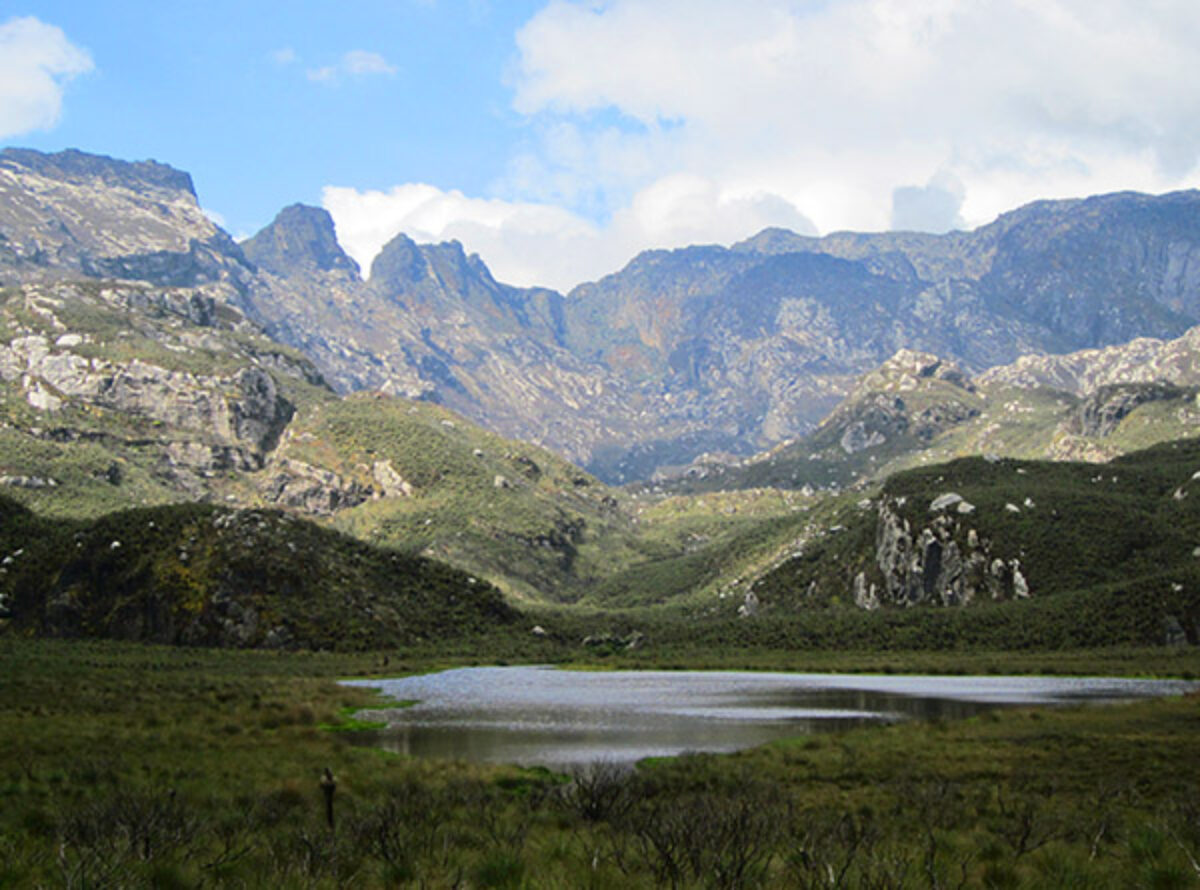 Lake Africa, a moraine-dammed lake in a formerly glaciated catchment of the Rwenzori Mountains. 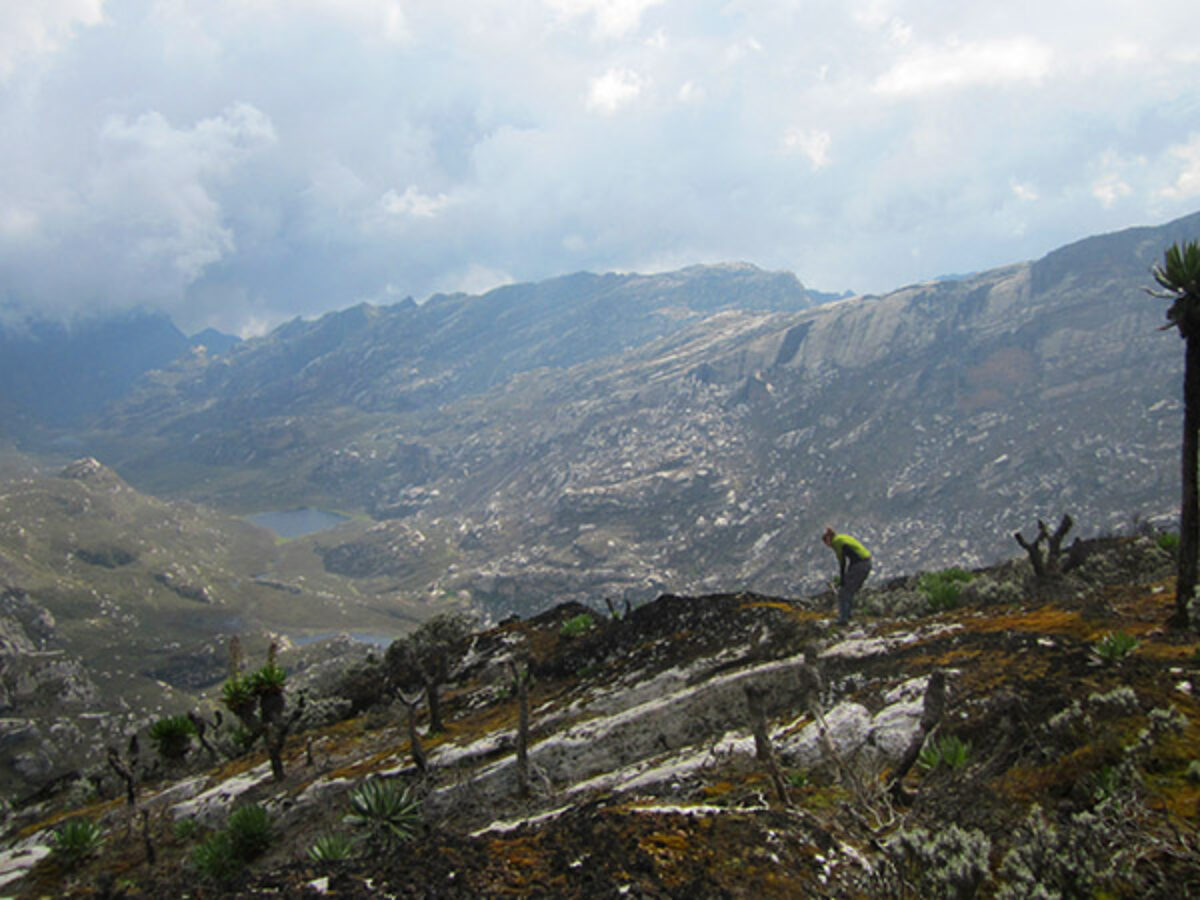 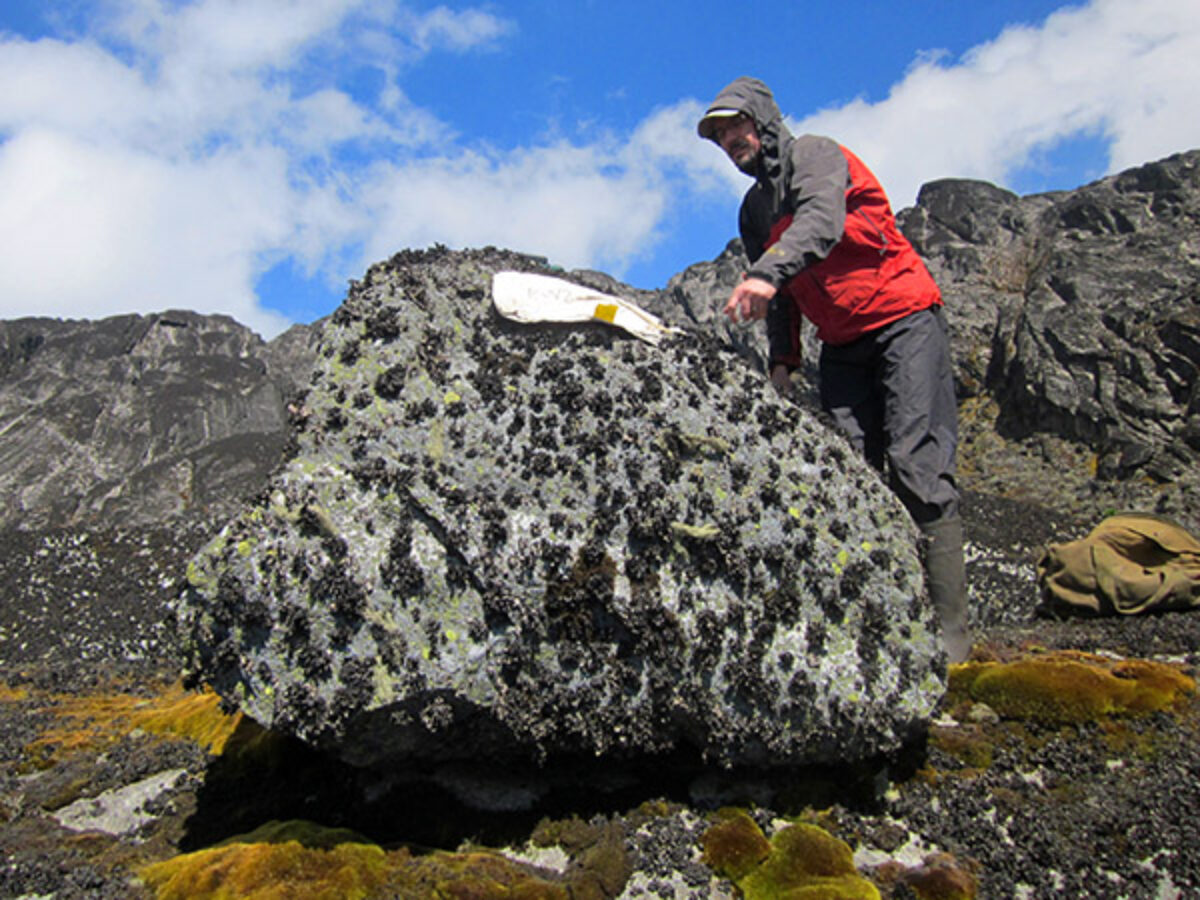 Dr. James Russell of Brown University prepares to sample a glacial erratic in the Rwenzori. 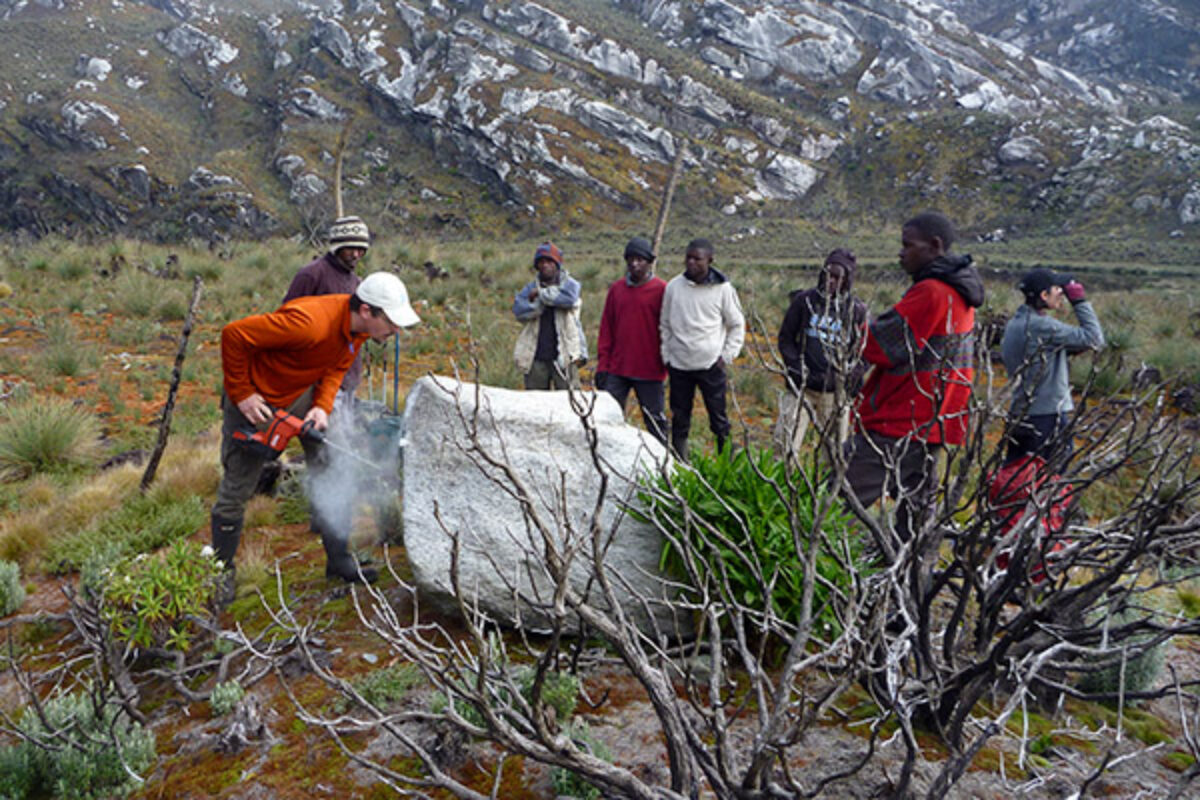 Porters watch as Dr. James Russell of Brown University drills a hole into a boulder near Lake Kopello. Margaret Jackson, to the right, is measuring shielding.

Why are you going to Uganda?

"My grandma just found out I’m headed to Uganda, and she asked me what the trip was about, so I told her I’m going to the Rwenzori Mountains near the equator in Uganda (border with the Congo) to learn about tropical glaciers and their changes during and since the last ice age (20,000 years ago). Just like in the northern and southern hemispheres, glaciers in the tropics grew to be much larger in the last ice age and we can collect samples from the boulders they transported and dropped at the glacier edge (think of the glacier as a conveyor belt and boulders melt out at the end and drop to the ground to form a ridge of rock debris that outlines where the glacier once was). We take samples from these boulders and do some fancy chemistry work to figure out how long that boulder has been sitting there, exposed to cosmogenic radiation that penetrates through the earth’s atmosphere. It’s important to know WHEN the glaciers advanced/were larger so then we can look at the timing of other glacier advances and climate events around the world at that time and figure out how a climate ‘signal’ moves around the world. For example, the ice sheets that covered Canada and Scandinavia were huge and white and reflected a lot of sunlight back into space. If our tropical glaciers did not grow until after the large northern hemisphere ice sheets grew, maybe the tropical glaciers are responding to a global (rather than local) cooling. Alternatively, the glacier advances could relate to changes in wind direction, ocean temperatures, global CO2, or changes in the gradient of cooling with elevation.”