Jermaine Walls has a lot going for him. He is a natural leader with ambition and a winning smile. He also has a bachelor’s degree in microbiology and immunology with minors in chemistry and psychology.

Jermaine knew from a young age that he wanted to go to college and work in dentistry. He grew up in the Chatham neighborhood on the South Side of Chicago with his parents and two younger sisters. “We were a middle-class family without any major problems,” he said. Jermaine’s parents both earned associate’s degrees and believe in the benefit of higher education for their children. When Jermaine combined the encouragement of his parents with the strong support of the Comer Education Campus, he saw how to achieve his dreams.

The Comer Education Campus opened Gary Comer College Prep in 2008, as Jermaine was thinking about his future and which high school to attend. Jermaine chose GCCP because he wanted a fresh start. He began attending as a freshman in 2009 and excelled in the school’s rigorous educational environment. He said, “I still use what Gary Comer College Prep taught me. If it weren’t for them, I wouldn’t be as organized or as structured as I am now.” Jermaine also made full use of other Comer Education Campus resources, including workshops to aid students with college essays and scholarship applications. Jermaine remembers the semester when all his classmates applied for the Gates Millennium Scholars Program, a highly-coveted fund that would allow financial aid for up to 10 years of higher education.

Weeks went by and Jermaine’s confidence waned as many of his friends received rejection letters. Then he received a package. Out of 54,000 applicants, Jermaine was one of 1,000 students to obtain the scholarship. Jermaine believes that he succeeded because his answers centered on problems in his community and his goal of changing his community for the better. He said, “I didn’t tell many people, but word got out and everybody in the school celebrated me at one of our town halls. That was pretty cool–to have everybody give me a standing ovation because they really were excited and proud of me.” 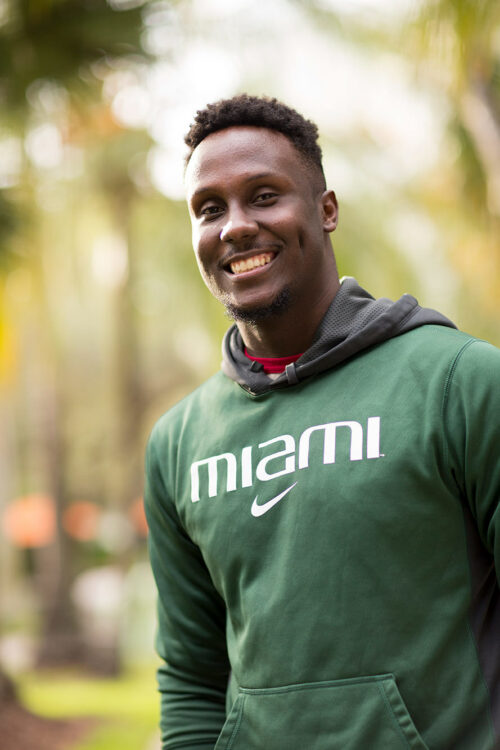 "It was like a voice in the back of my head saying, ‘You can do it Jermaine. You can graduate. You’re doing a great job. Keep going!’”

With the help of the scholarship, Jermaine attended the University of Miami, where he applied the skills and discipline he gained through his experience at Gary Comer College Prep. Although Jermaine was prepared academically, he found it difficult to connect with people and felt homesick. He even considered transferring to a school closer to home until Mr. Huguelet, his mentor from the Comer Education Campus, came for a visit. Huguelet advised Jermaine to stay focused and get involved. Jermaine was soon surprised by how open, active and hopeful his peers were, and he fell in love with his school and campus community. Of his college experience, Jermaine said, “I wouldn’t trade it for anything. If Huguelet hadn't constantly encouraged me, I would have transferred back to Chicago, but his faith in me changed my mind.”

The Comer Education Campus’ UtmostU program provided support and encouragement throughout Jermaine’s time in college. He said, “They always asked how I was doing and how my classes were going. They supplied study tools. They sent care packages every semester. It was like a voice in the back of my head saying, ‘You can do it Jermaine. You can graduate. You’re doing a great job. Keep going!’” 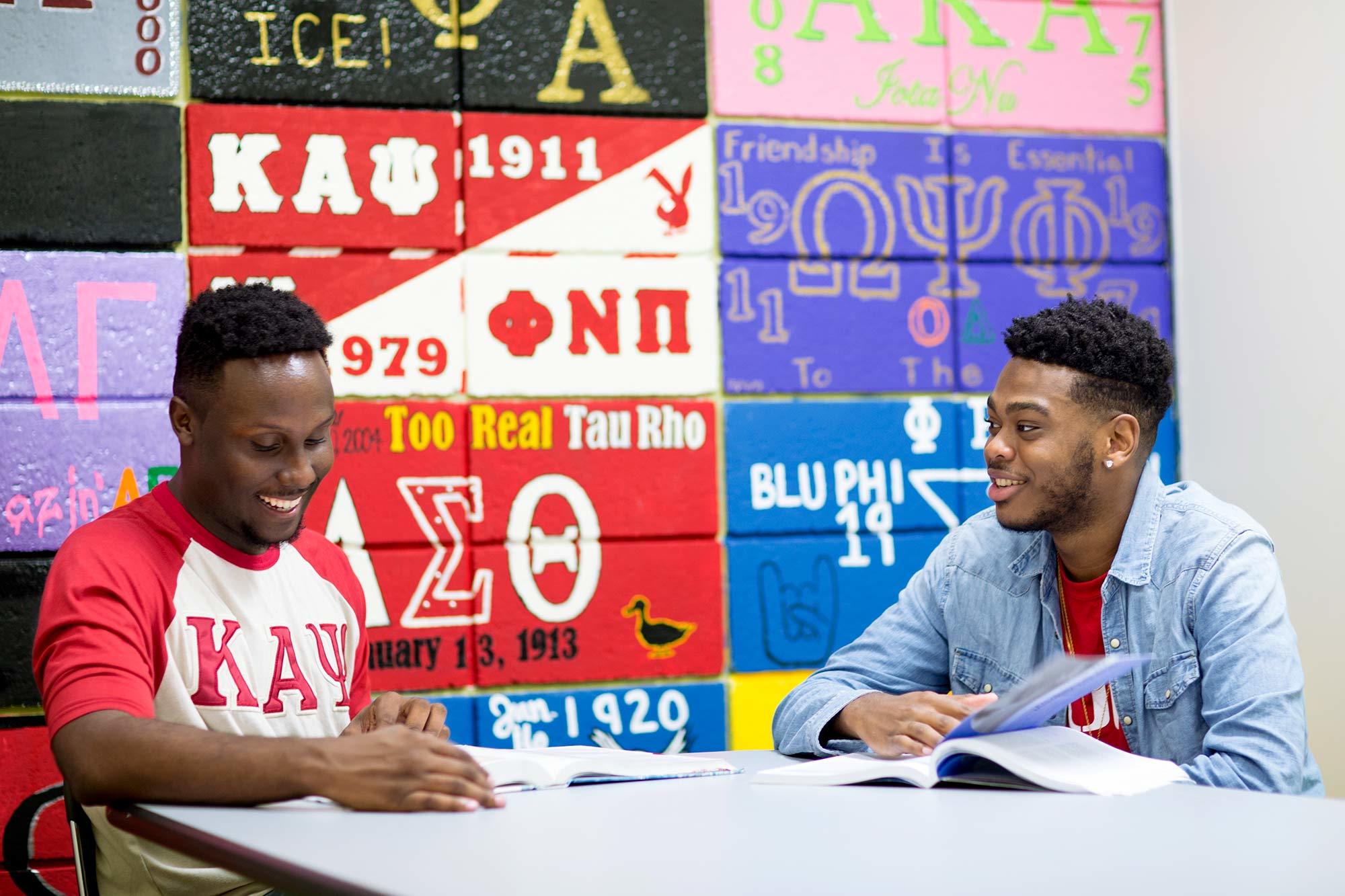 A source of pride for Jermaine was his membership in Kappa Alpha Psi fraternity, where he established strong friendships and held several leadership positions, including new membership training chair, public relations chair and second vice president. Jermaine said, “The experience of becoming involved with a group of male figures just like me, who want to be successful, do what we love and give back to the community, has been amazing. I’ve met people who I never thought I’d meet. I have been able to branch off into different communities because of joining this great fraternity.” During his senior year, Jermaine was recognized by his fraternity for having the second highest GPA in the southern province, and had the honor of speaking at a United Negro College Fund luncheon about his experience as a Gates Millennium Scholar. He also embraced opportunities to travel to leadership summits and connect with students and professionals from around the country.

Jermaine consistently seeks to help others, which reflects the support he receives from his own network. When Jermaine had a problem in school, he was confident that his parents would be a voice of reason. For questions about Greek life, his cousins, who had been active in their college fraternities and sororities, were a great source of encouragement. When Jermaine needed academic support, he found the university to be responsive and helpful. 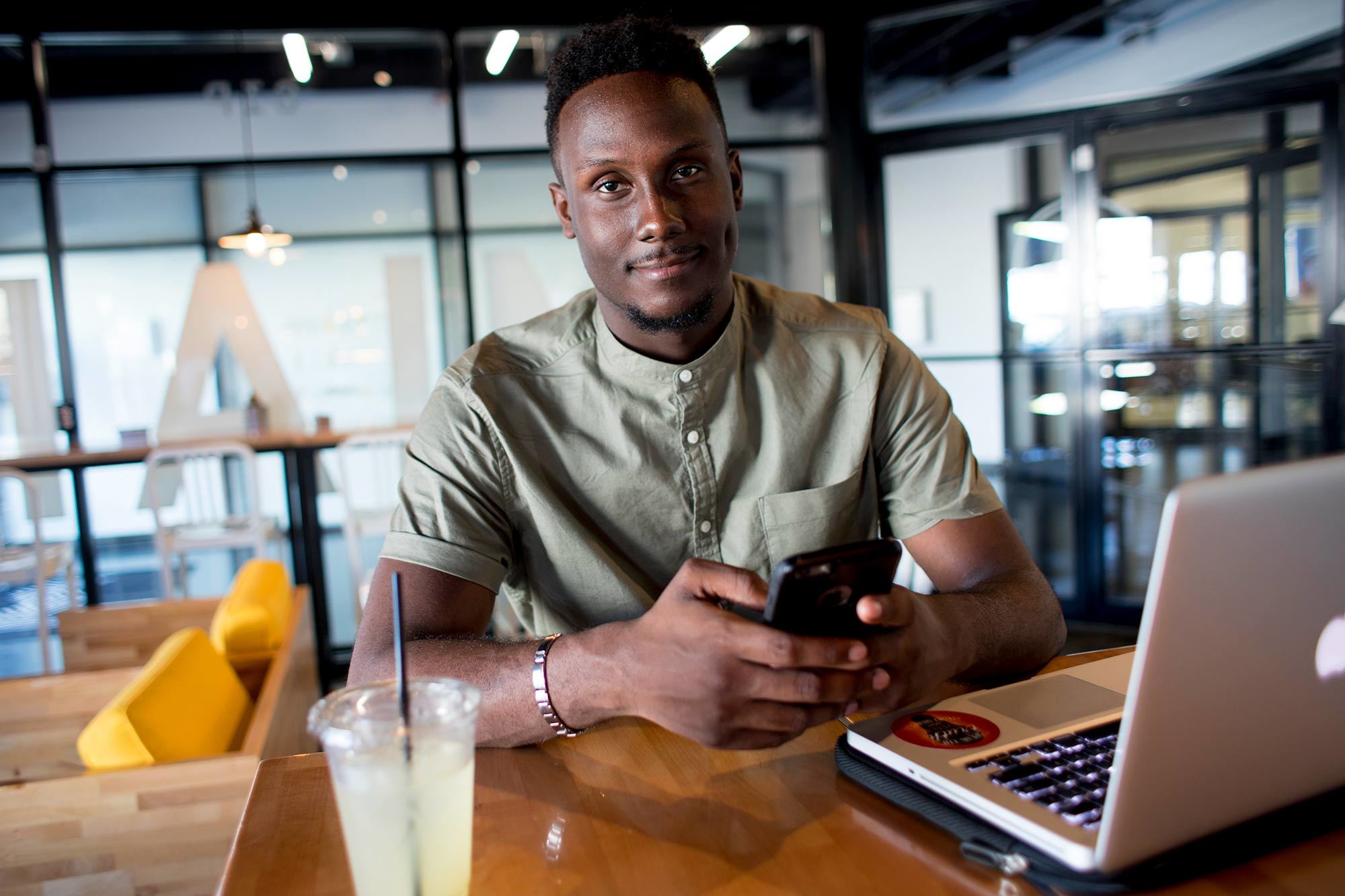 Having the assistance of current technology also benefited Jermaine, who used a smartphone provided to him through the Comer Education Campus’ partnership with T-Mobile. He said, “With the phone I was able to use Skype, FaceTime and Blackboard, an online website where all of our lectures, grades and announcements from teachers were posted. I also used the University of Miami app, which allowed me to see the map of campus so I could get around. Being able to call my family for free was great as well.”

Jermaine extended his commitment to professional development and service beyond Miami’s campus as a volunteer with the Robert Morrison Dental Clinic. When it comes to working in public health, Jermaine believes “it’s the little things that make a huge difference.” Jermaine shadowed clinic doctors, passed out tools for oral health and gave presentations to underserved areas of Miami to ensure residents were aware of the importance of dental hygiene. He said, “It was such a great experience that I started going more and more.”

“I look forward to becoming a doctor and venturing into the dental field. I want to do mission trips and travel the world to make a difference in underdeveloped communities.”

Jermaine earned his bachelor’s of science degree from the University of Miami in 2017. He is now attending the Miller School of Medicine at the University of Miami for his master’s in public health before completing dental school and opening his own private practice. “I look forward to becoming a doctor and venturing into the dental field. I want to do mission trips and travel the world to make a difference in underdeveloped communities,” he said. Jermaine also wants to impact local communities and is hopeful that he can help underserved areas in the United States through public health programs. Jermaine believes that this hope would have been impossible without his academic career. The Comer Education Campus, he said, “sets students up, not only to go to college, but to graduate in four years, to find jobs, to attend grad school, medical school or dental school. Comer changes lives.”