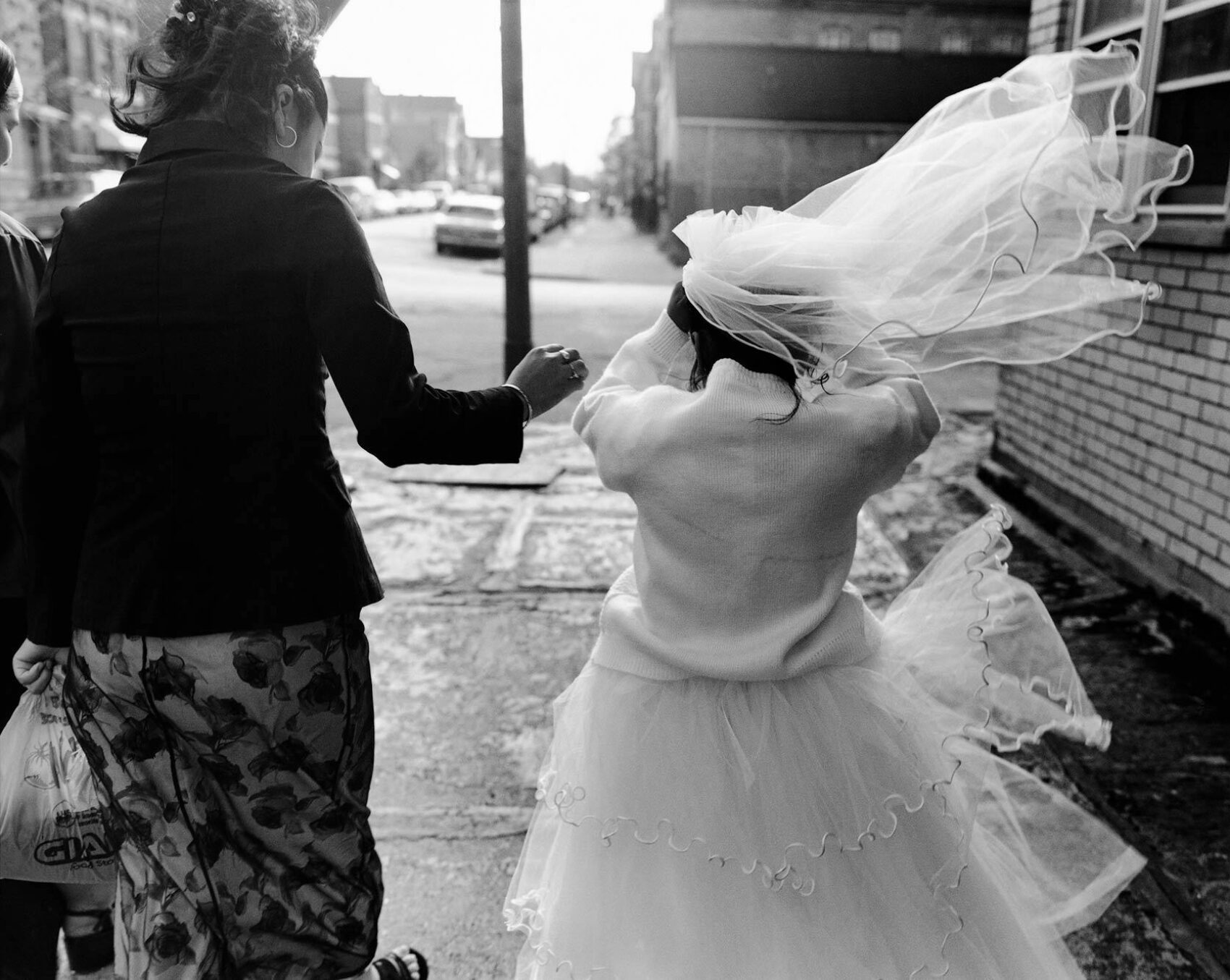 Still in her ivory dress, Zuleyma Alatorre braves the wind as she heads for a party in Pilsen to celebrate her First Holy Communion. She is accompanied by older sisters Olga (outside the picture’s frame) and Brenda. This Roman Catholic sacrament is an annual springtime event in many Chicago neighborhoods. ©Yvette Marie Dostatni / CITY 2000 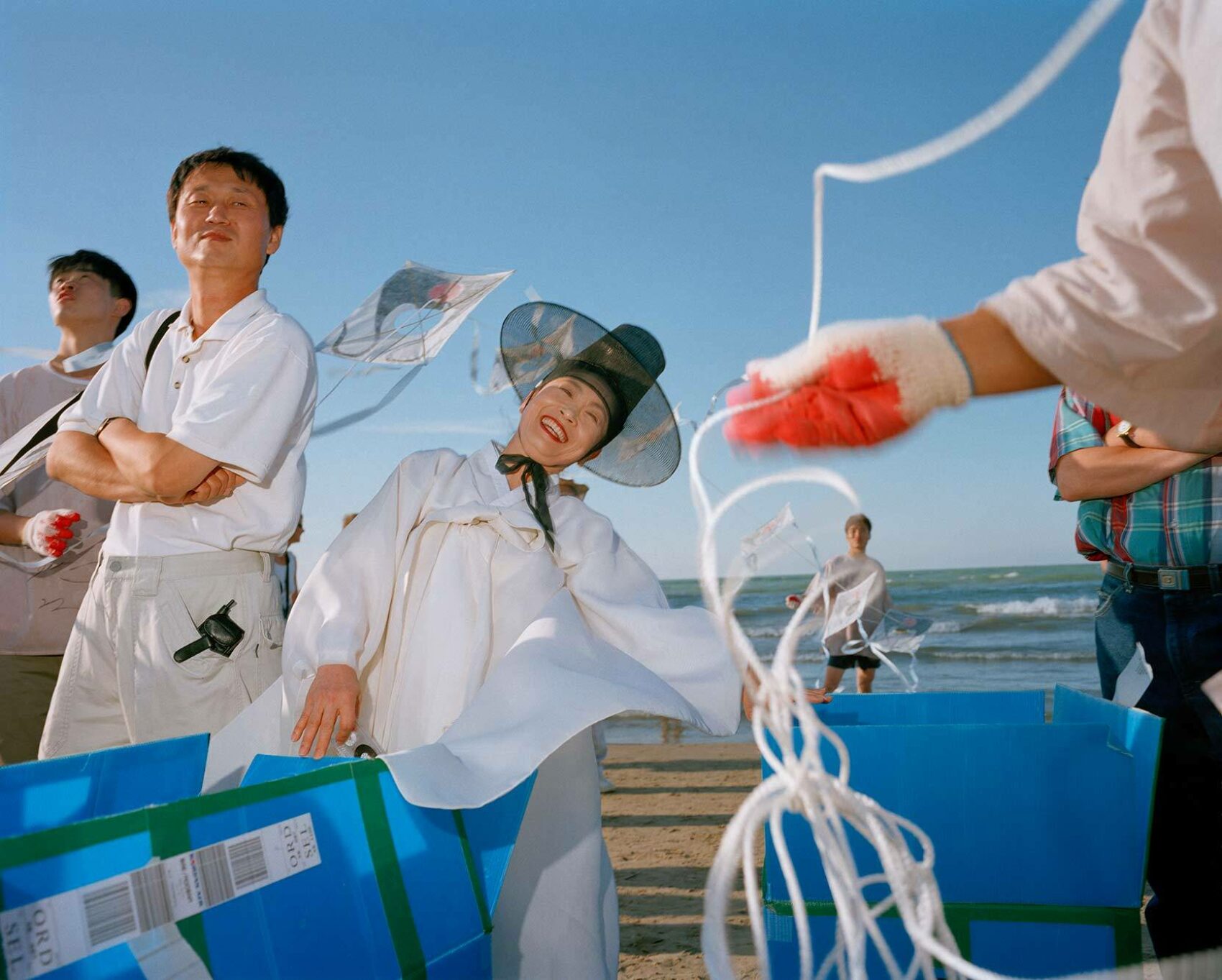 The Korean Kite Flying team prepares to fly more than two thousand kites over Lake Michigan at Montrose Beach. Their display was a symbolic expression of appreciation for renewed peace talks between the divided North and South Korean nation-states. ©Yvette Marie Dostatni / CITY 2000 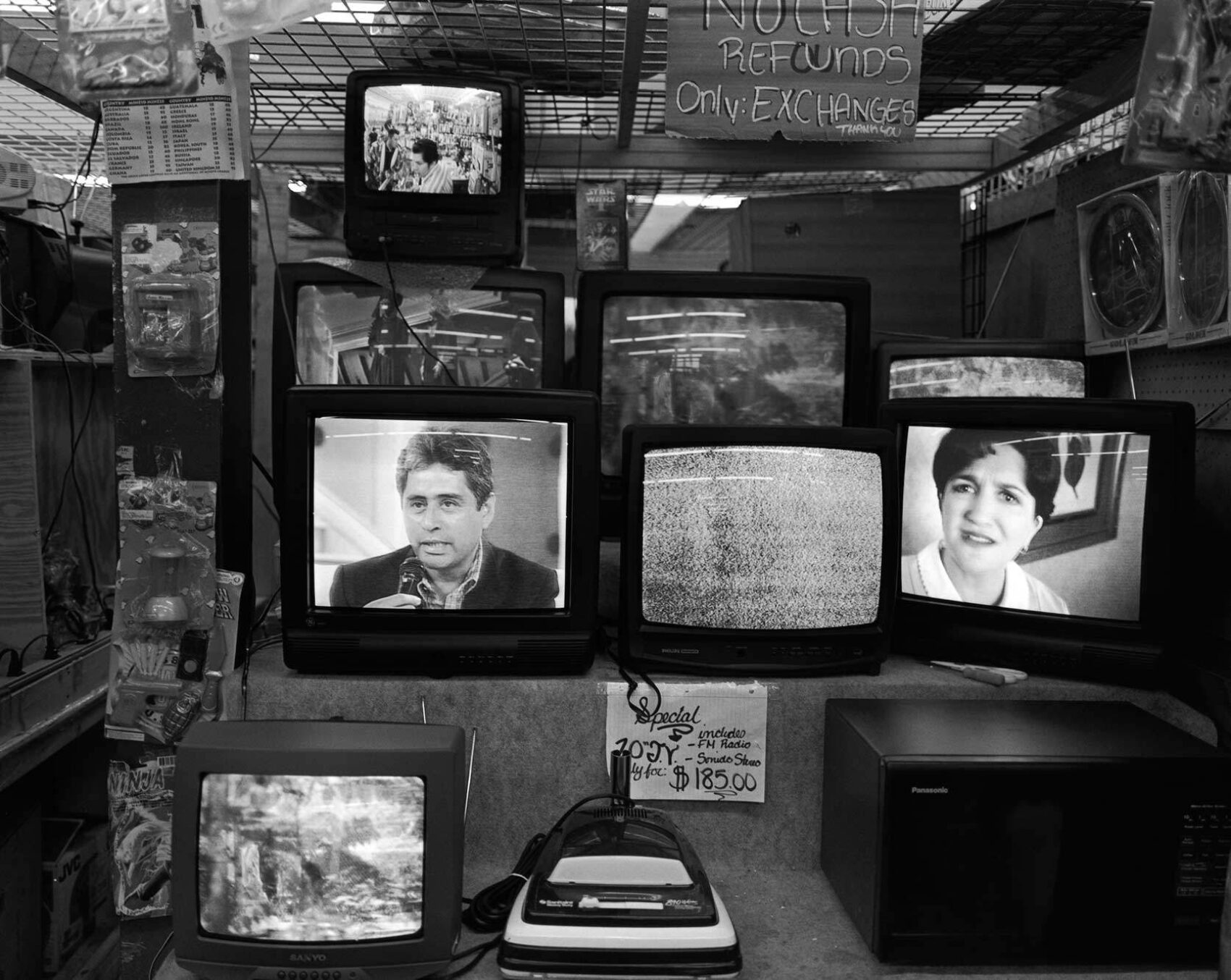 Second-hand TVs and vacuum cleaners line the shelves at the Swap-o-rama on 41st Street and Ashland Avenue. It was built at the edge of what was known as at the “Back of the Yards” neighborhood, named such for its proximity to the stockyards of Chicago’s cow-slaughtering and meat-packing history. In 2000, the discount store sits just outside of what is now known as the New City community. The renamed Southwest Side commercial/industrial/residential hub is intended to replace the area’s infamous, Upton Sinclair-chronicled legacy, 29 years after the last slaughterhouse closed. ©Yvette Marie Dostatni / CITY 2000 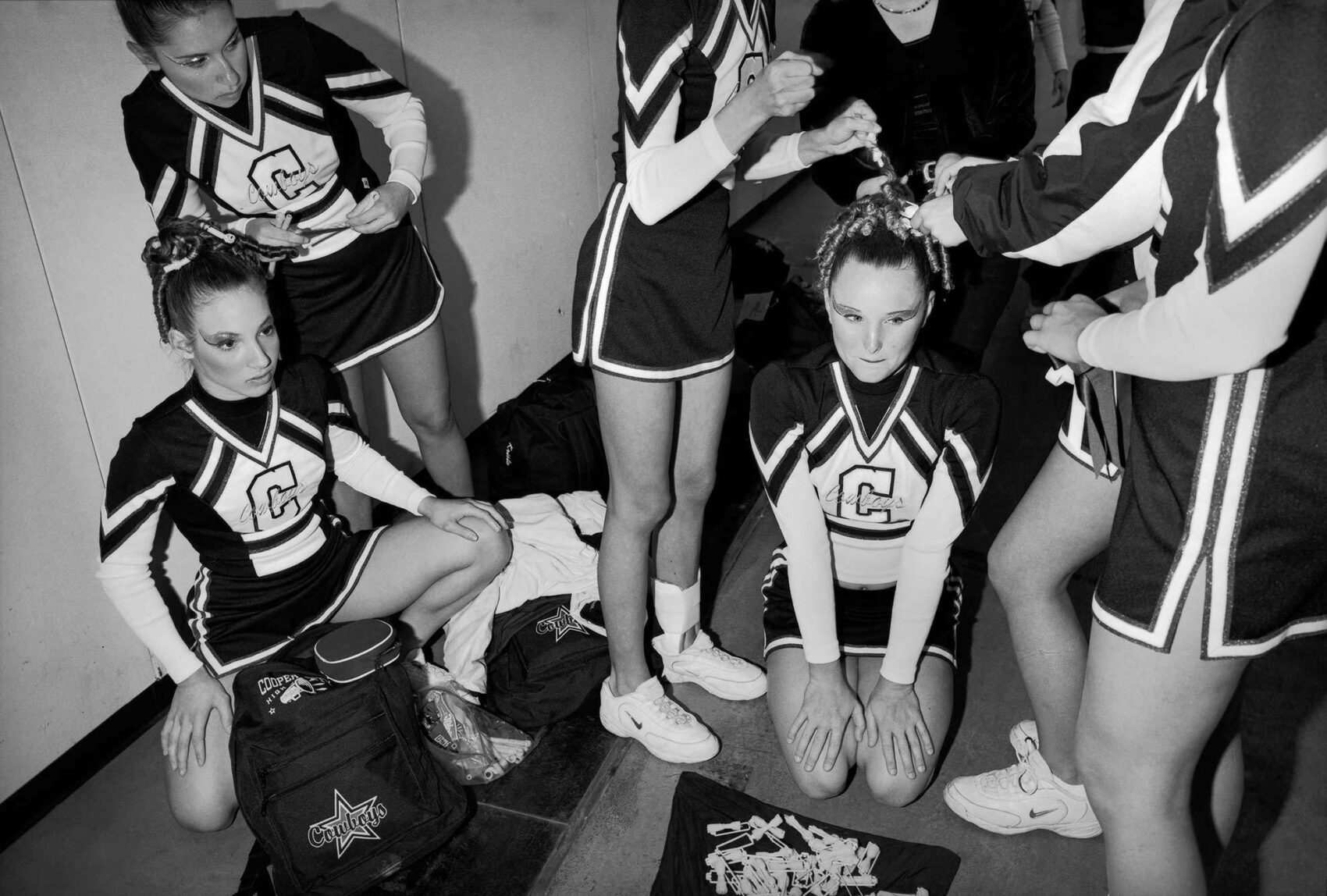 Cowboy cheerleaders from Cooper City, Fla., prepare for the third annual National Cheerleaders Association/National Dance Association Windy City Classic at Navy Pier. The March competition affords more than 1,400 performers chances to vie for recognition in some 35 categories. More than 75 teams from across the United States were slated to participate in the 2000 Classic ©Yvette Marie Dostatni / CITY 2000 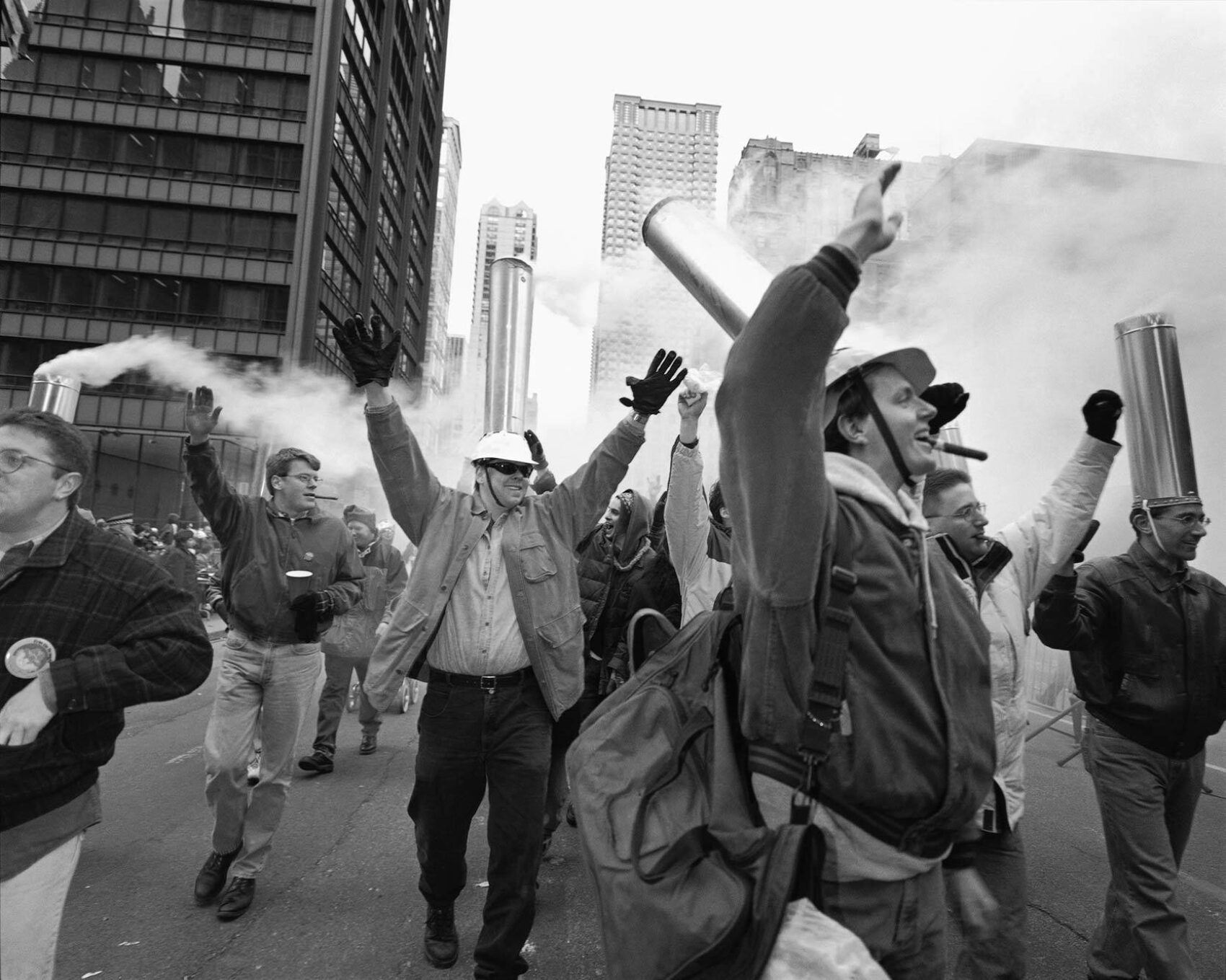 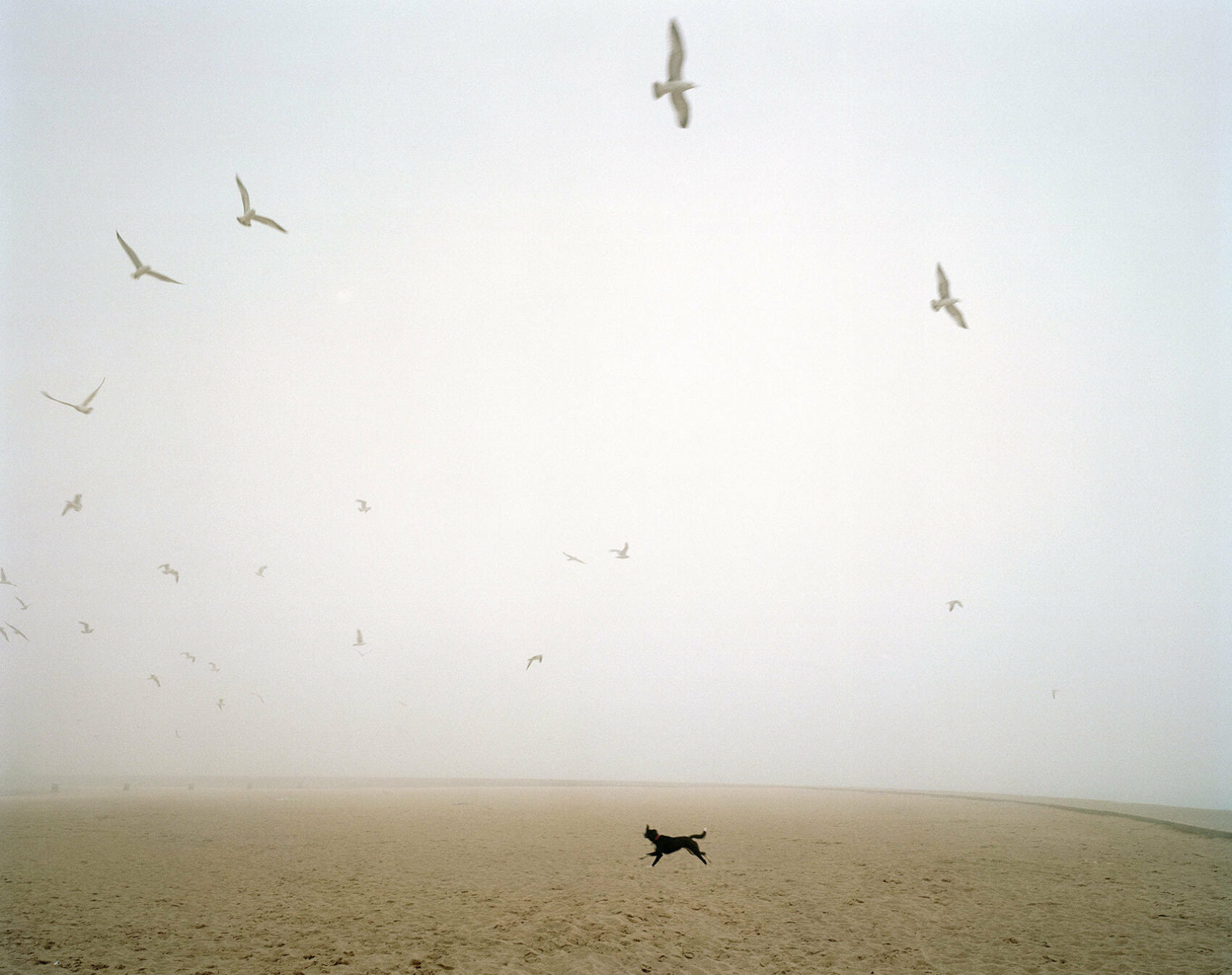 At North Avenue Beach, Sebastian the dog loses a flock of seagulls in the fog. The heavy clouds hung low and long, covering the city for some three days. ©Yvette Marie Dostatni / CITY 2000