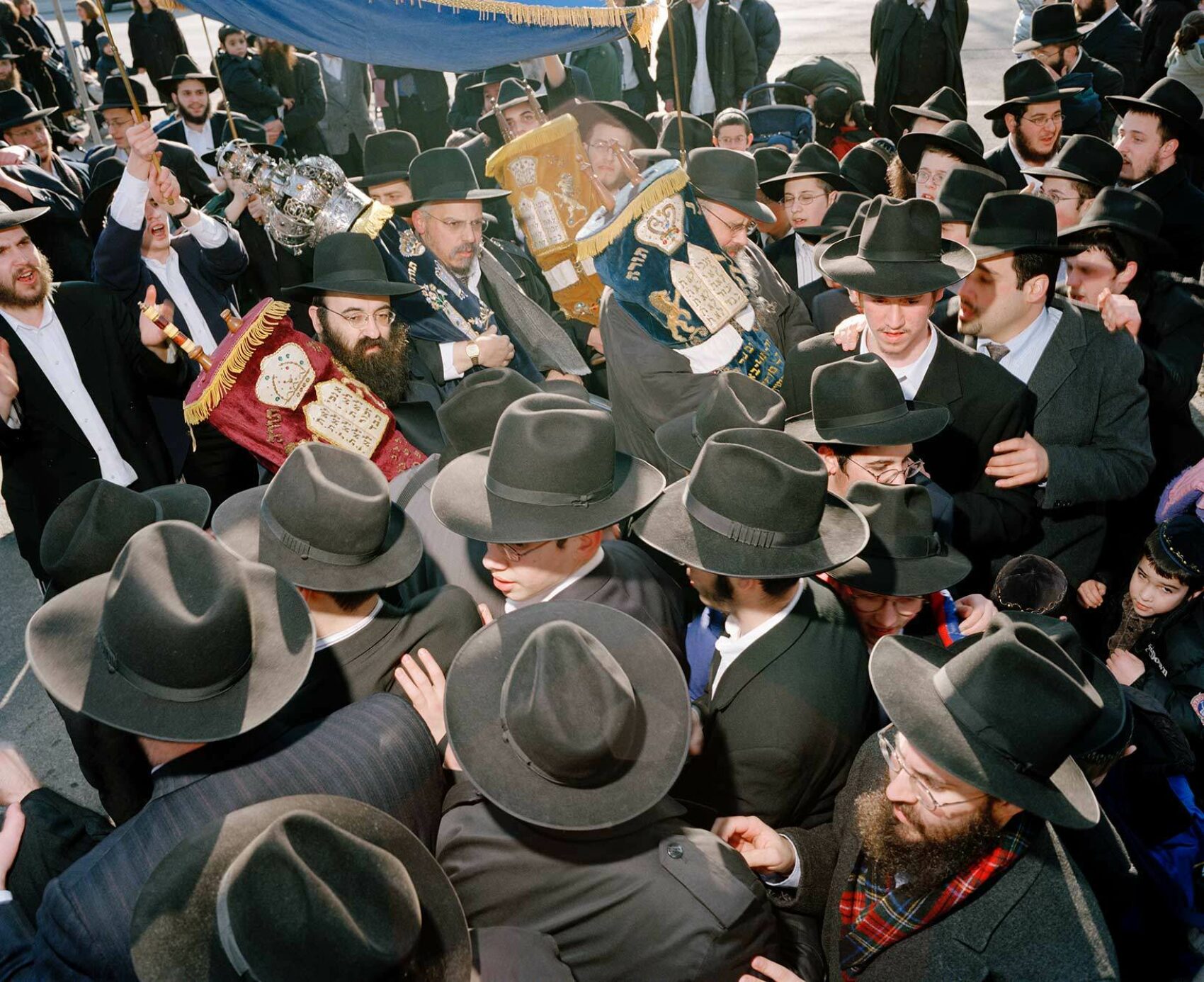 Rabbi Moshe Perlstein (center, holding Torah) leads a procession of Orthodox Jews in front of Lubavitch Mesivta of Chicago, a Hebrew high school in West Rogers Park. The members carried older red and yellow-bound copies of the Torah, keeping them carefully covered by a fringed canopy, to the school. To culminate the celebration, the Hassids danced before entering the school building. Rabbi Perlstein compared the celebration to a wedding: the new Torah is brought into the congregational family and treated with reverence. “We’re sort of married to it,” he says, “It’s our way of life.” ©Zbigniew Bzdak / CITY 2000 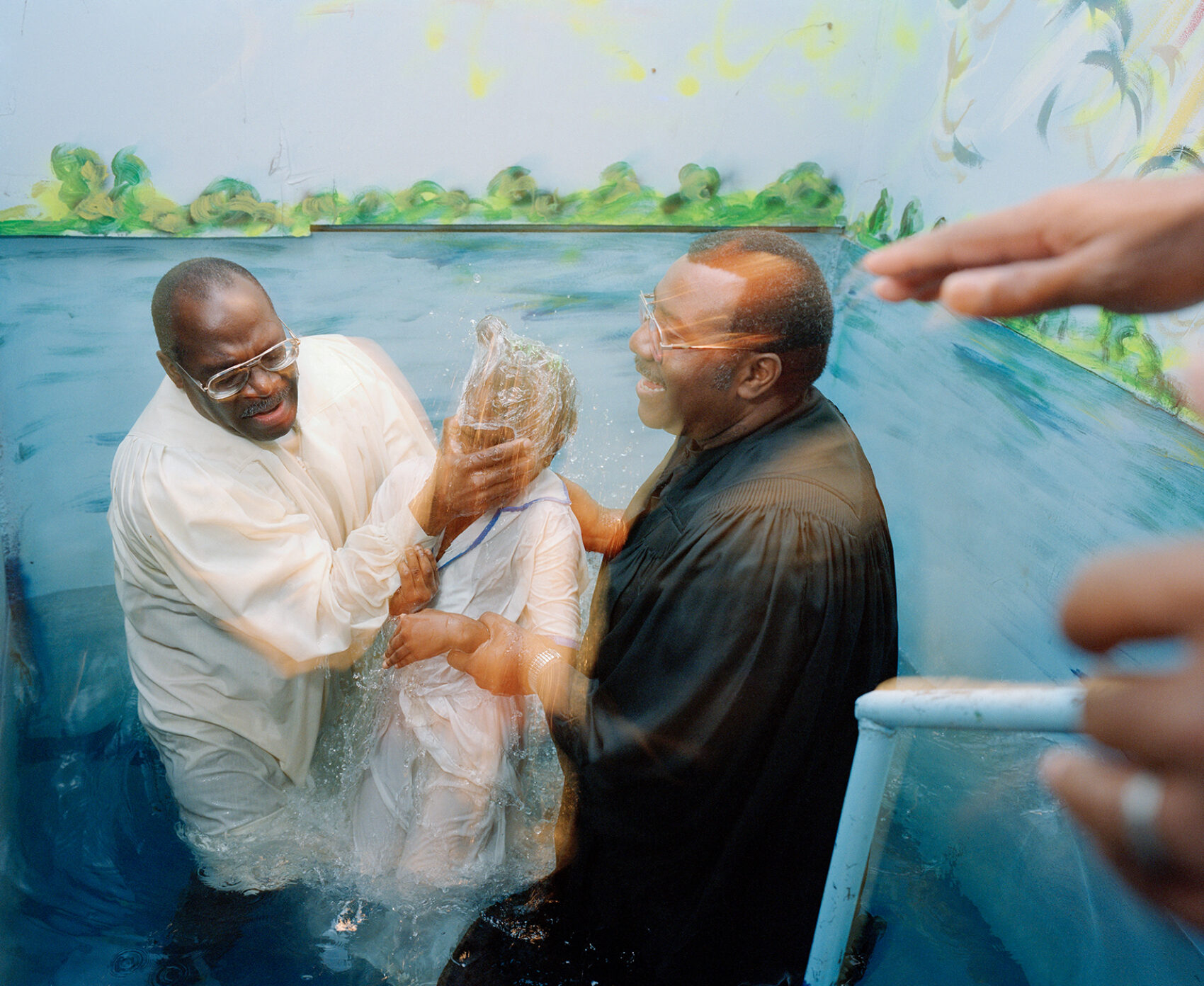 In Englewood, Rev. Alex Crumble, left, and Rev. Otis Wooten, of Love of Christ Missionary Baptist Church, baptize Marneisha Toney, 9, at the Unity of Love Baptist Church. Marneisha and her family are members of the Love of Christ congregation, but their church does not have its own baptistery, so nearby Unity of Love generously shares its facilities. ©Zbigniew Bzdak / CITY 2000