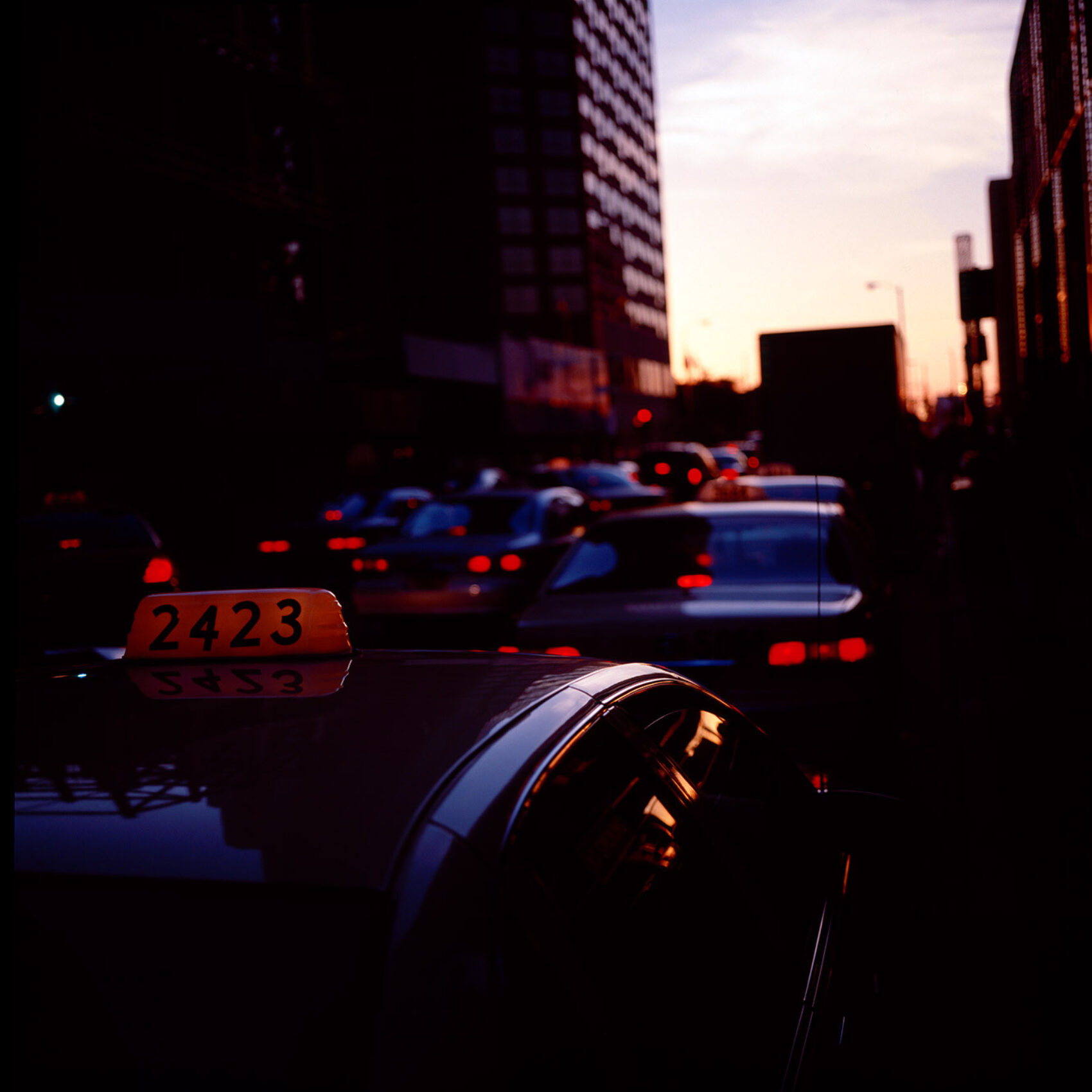 Taxis wait outside the CitiBank Center in the Loop. ©Jon Lowenstein / CITY 2000 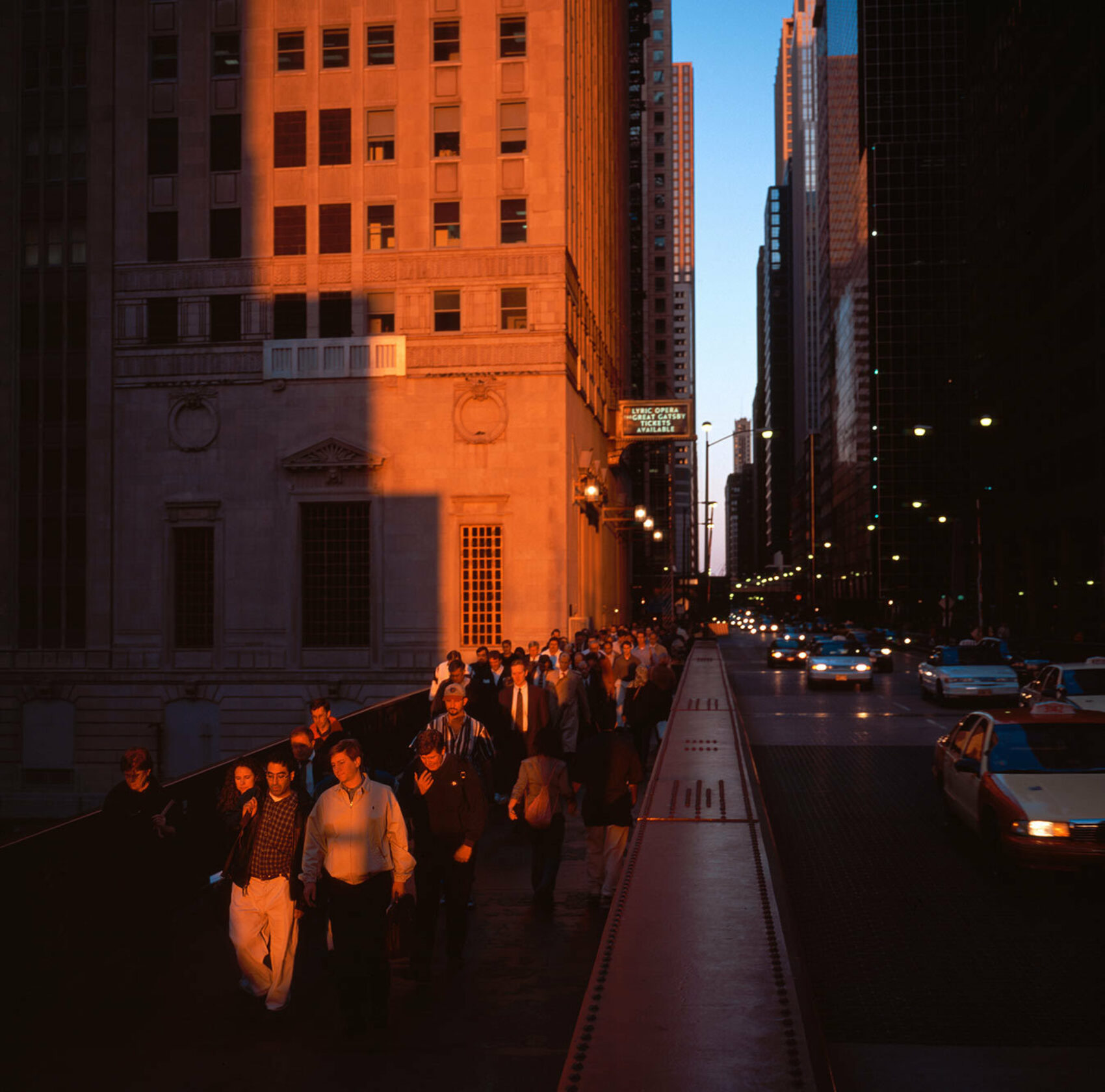 West Loop commuters make their way past the Lyric Opera House and across the Madison Street Bridge. ©Jon Lowenstein / CITY 2000 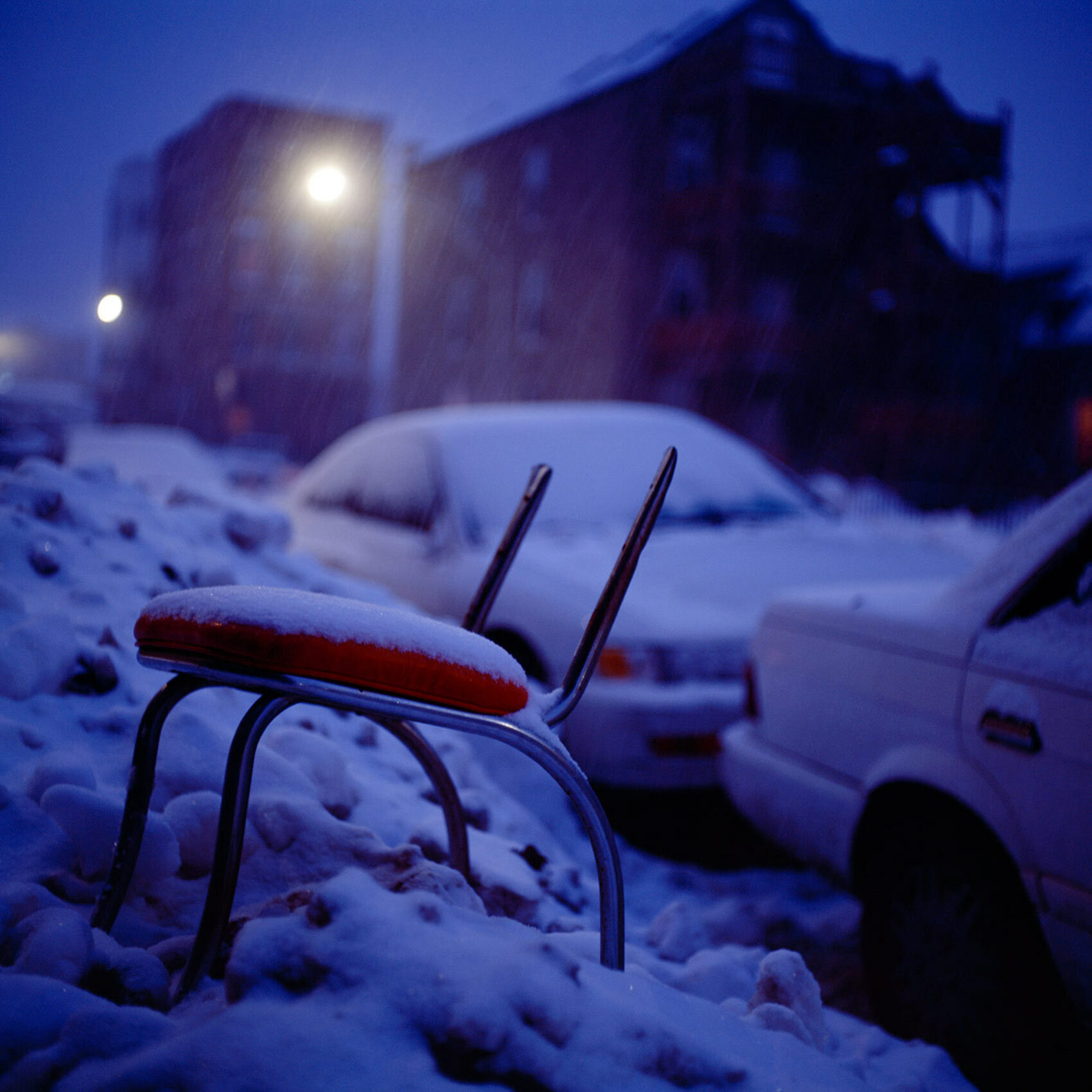 In keeping with longstanding Chicago tradition, a North Side resident stakes out his shoveled parking place with kitchen chairs. An old-school blizzard hit Chicago in early December 2000, stirring reminiscence of epic 1967 and 1978 storms, and producing many scenes like this one. It may not be legal, but this urban tableaux is well understood in the city, and it isn’t likely to be disregarded. ©Jon Lowenstein / CITY 2000 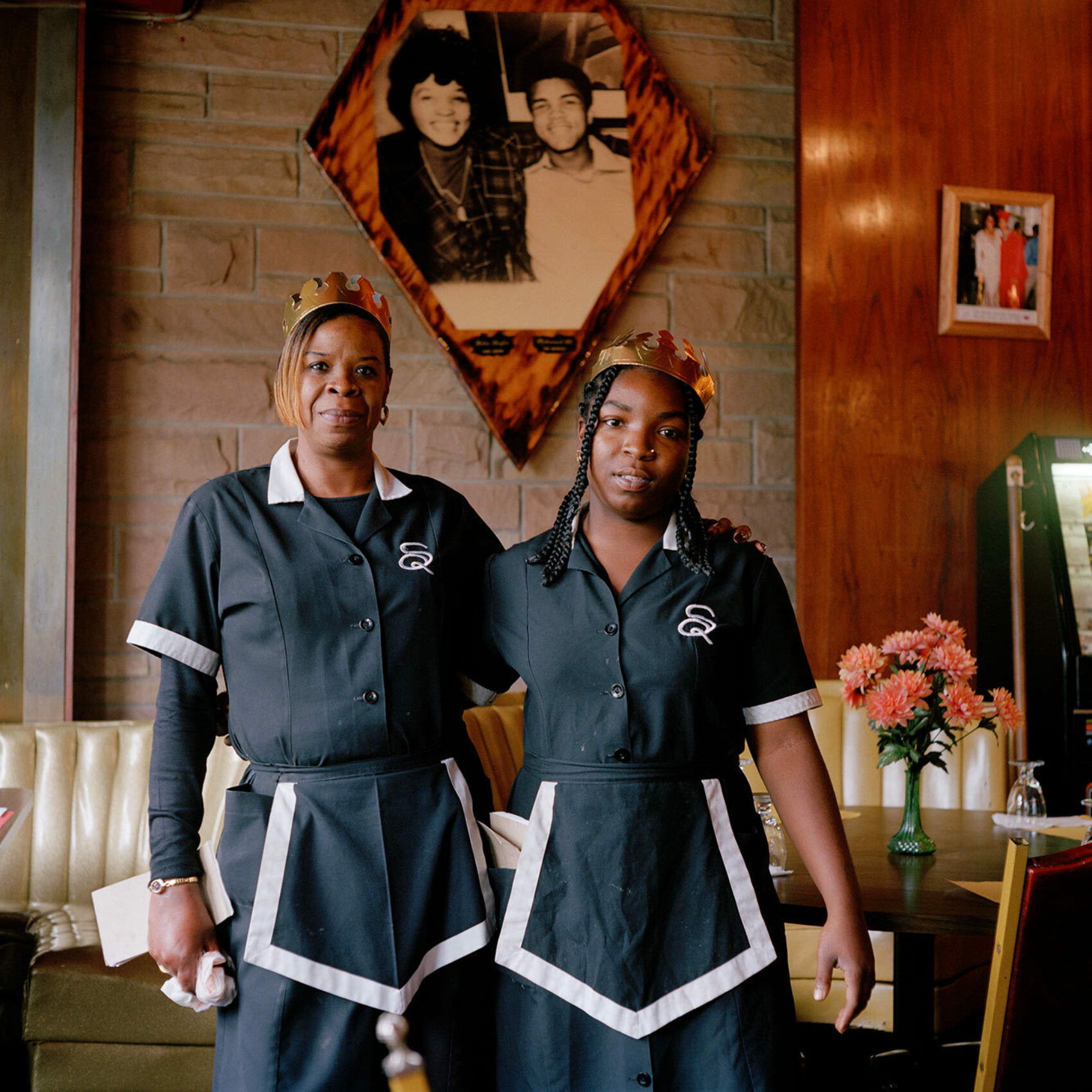 Soul Queen Restaurant waitresses Doris Evans, left, and Lolita Gholson pose before a photograph of the restaurant’s owner, Helen Maybell Anglin, with Muhammad Ali. The walls of the venerable Soul Queen feature photos of the panoply of luminaries who have visited the venue to sample the fare, which is served buffet-style and steeped in the tradition of the Old South. Opened by native Alabaman Anglin in 1971, the restaurant moved to its current location, 9031 S. Stony Island, four years later. ©Jon Lowenstein / CITY 2000 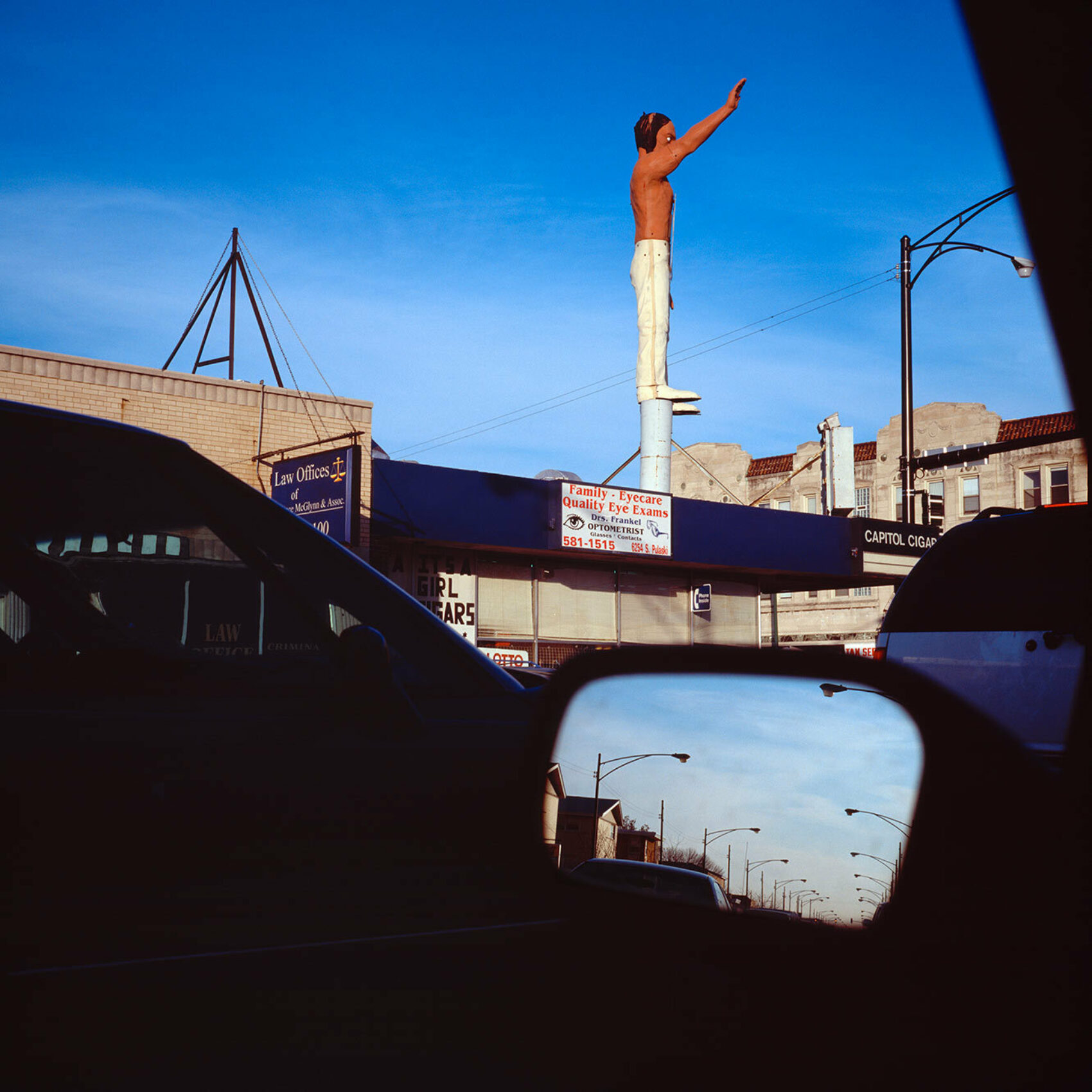 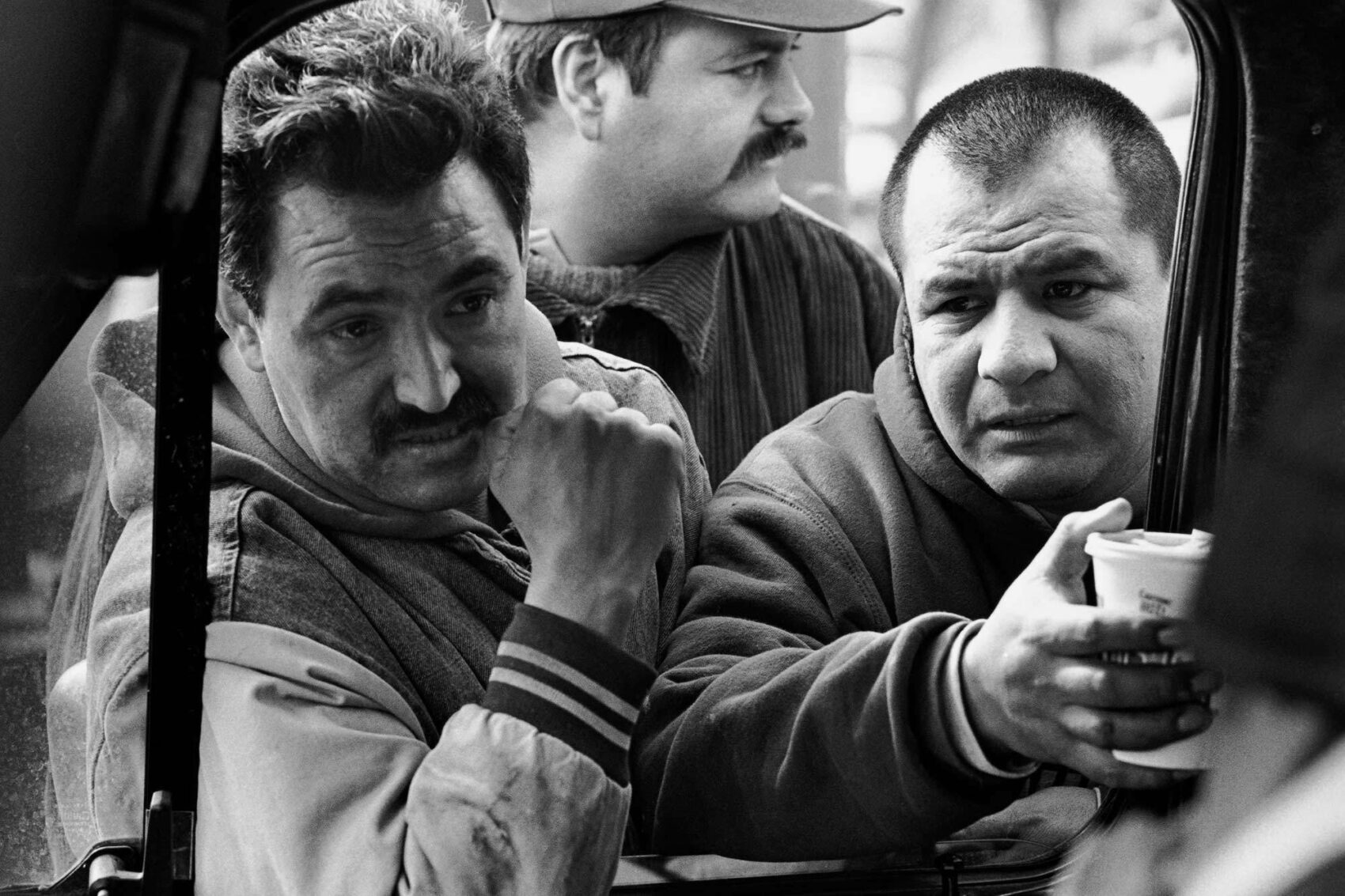 As the city stirs before sunrise, would-be workers gather at intersections -- Lawrence and Springfield, Milwaukee and Belmont, Madison and Ashland, 67th and South Chicago -- wherever construction sites can be found. They are day laborers soliciting work, offering their time and services to real estate developers and construction firms seeking those willing to paint, post drywall and haul materials for $40-$100 a day. On this February morning, these men are among the fortunate. They have won a job and now negotiate their fee. ©Jon Lowenstein / CITY 2000 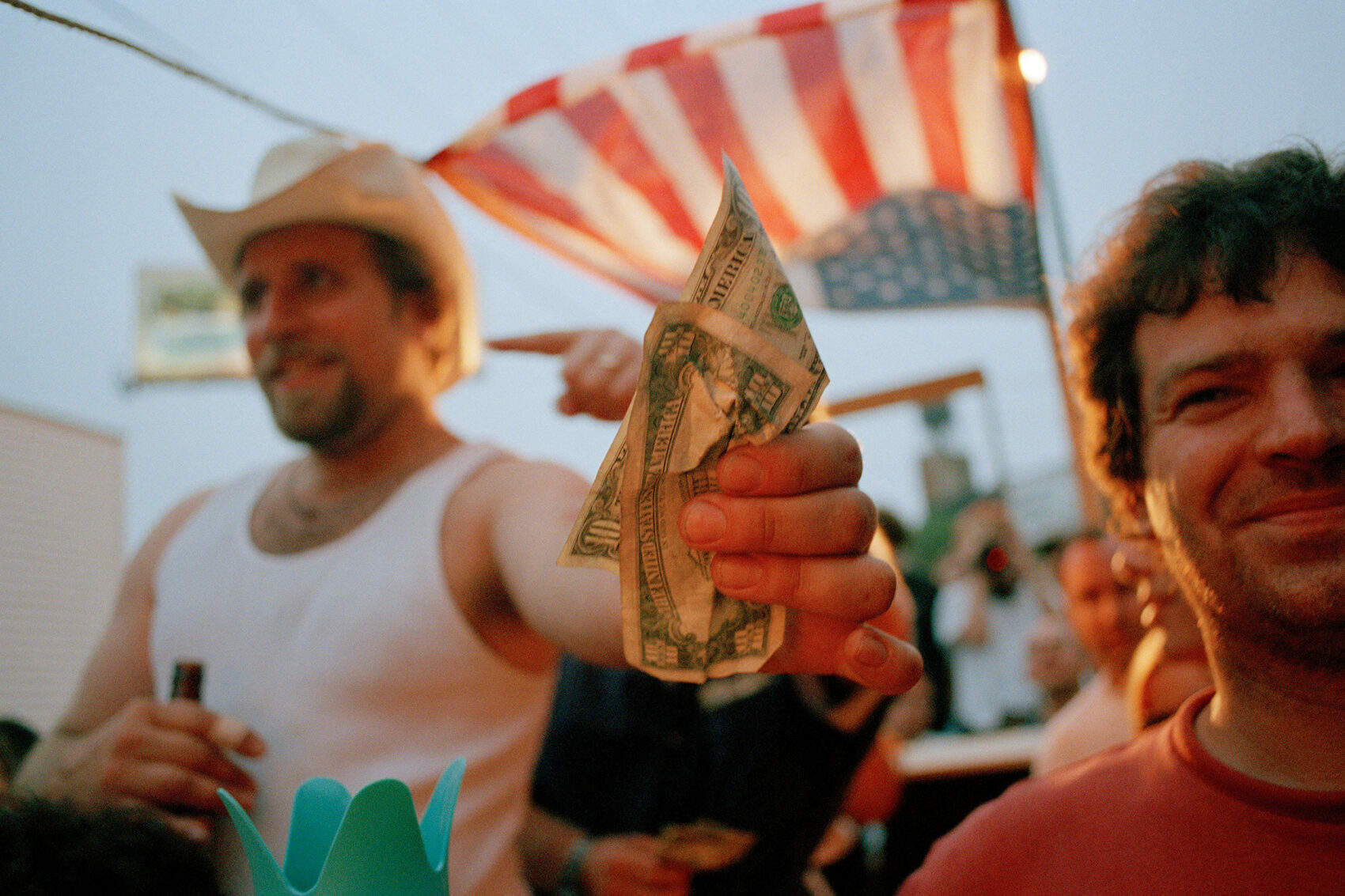