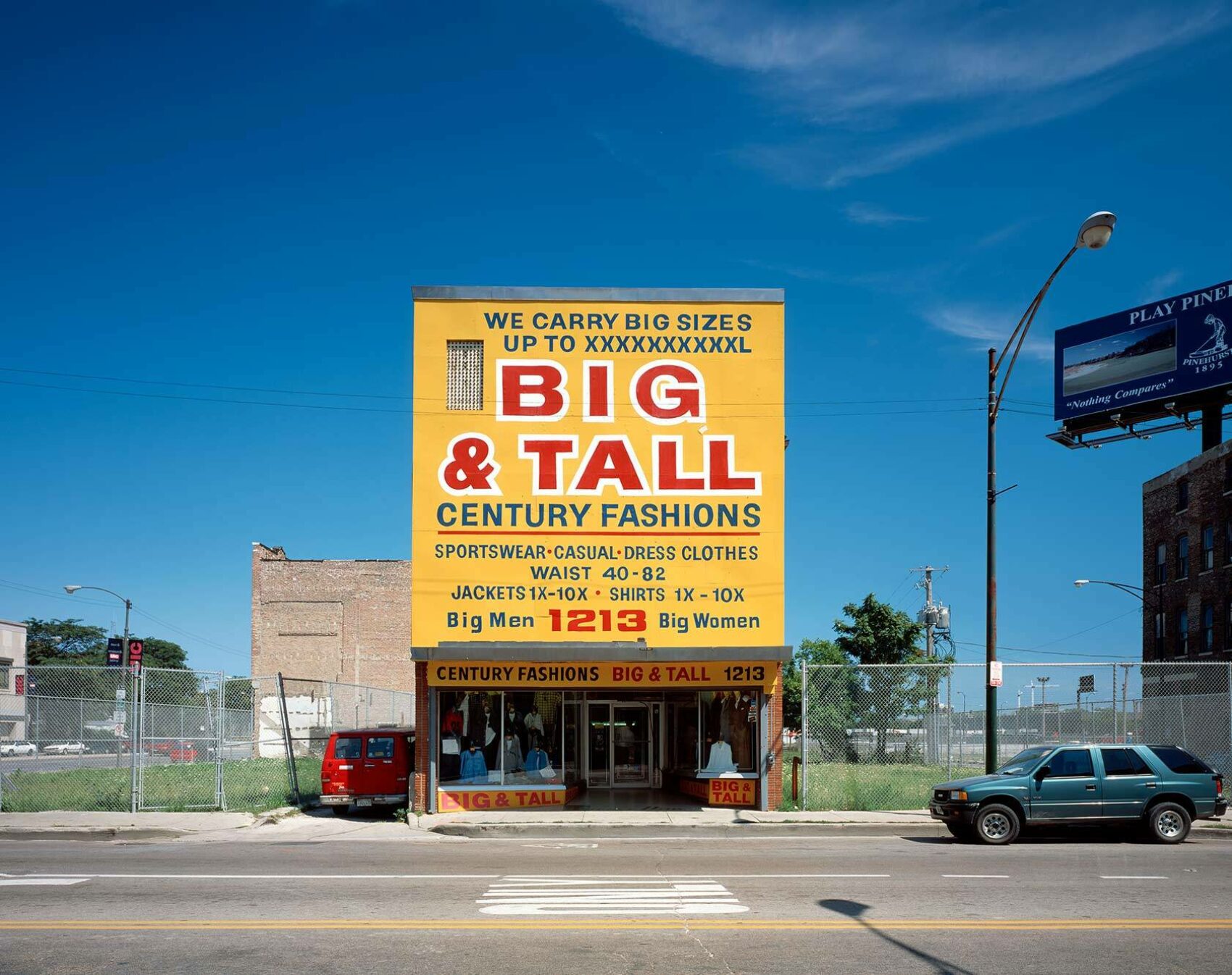 The Big and Tall Men’s clothing store at Halsted and Maxwell Street was one of the last traditional venues still open for business in the Maxwell Street Market corridor, as the University of Illinois-Chicago laid the foundation of its University Village housing and retail development. ©Micah Marty / CITY 2000 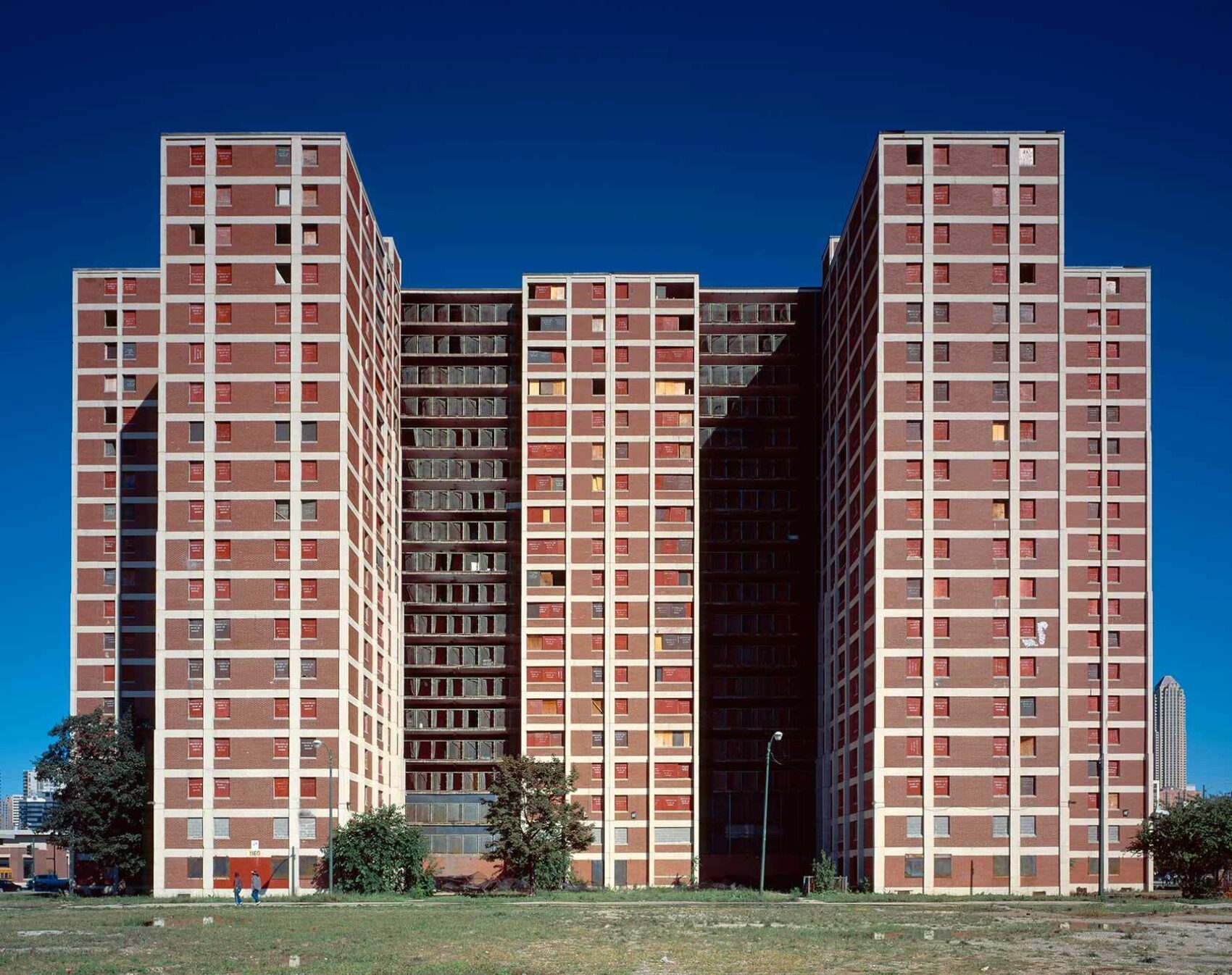 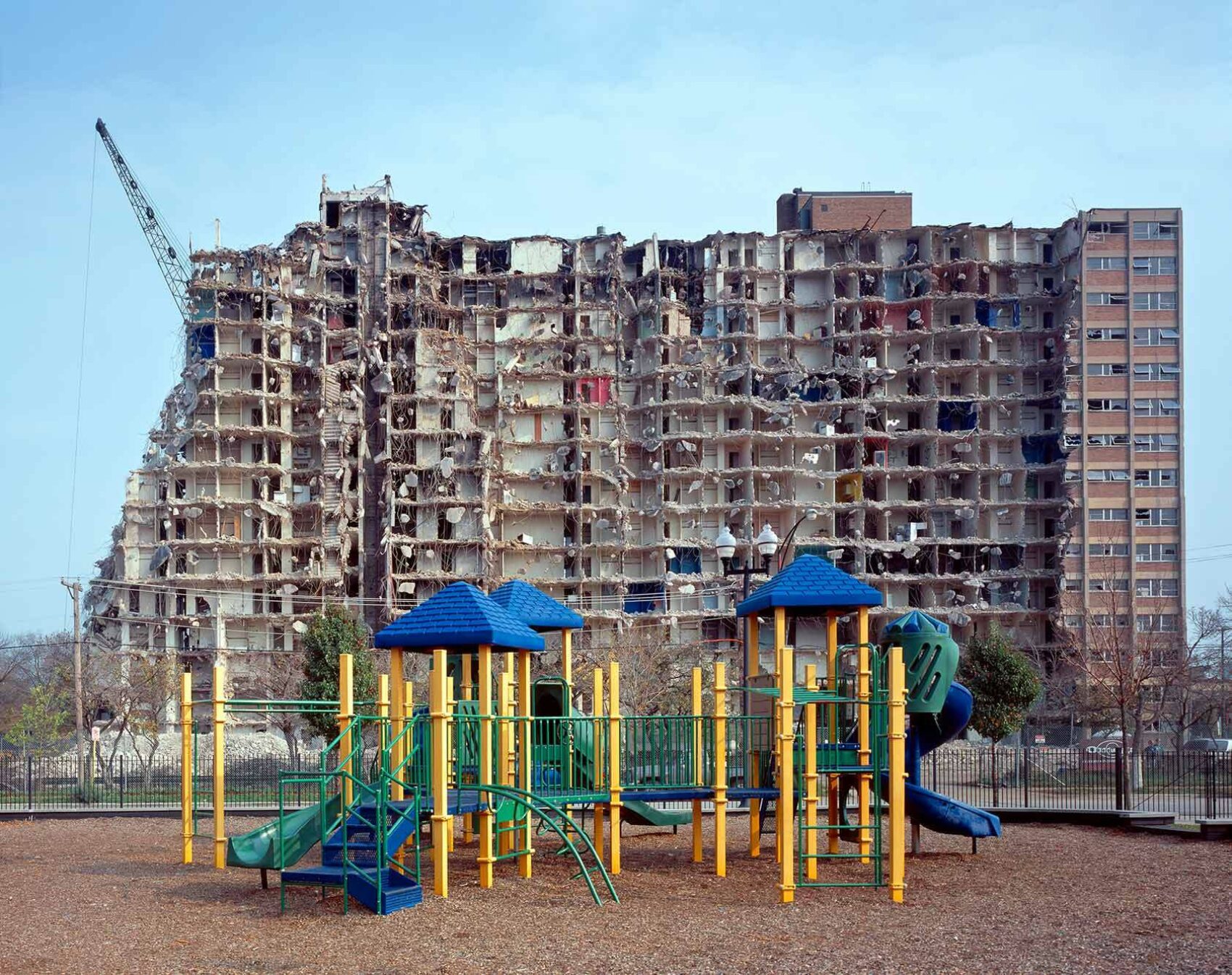 This view of an early stage of the Near North Redevelopment Initiative program shows the demise of the Cabrini Green housing project. This plan, backed by both federal and private funding, sought to dismantle Cabrini Green in increments and replace the subsidized housing community with market rate properties, including set-asides. It was ostensibly intended to engender a mixed-income demographic. ©Micah Marty / CITY 2000 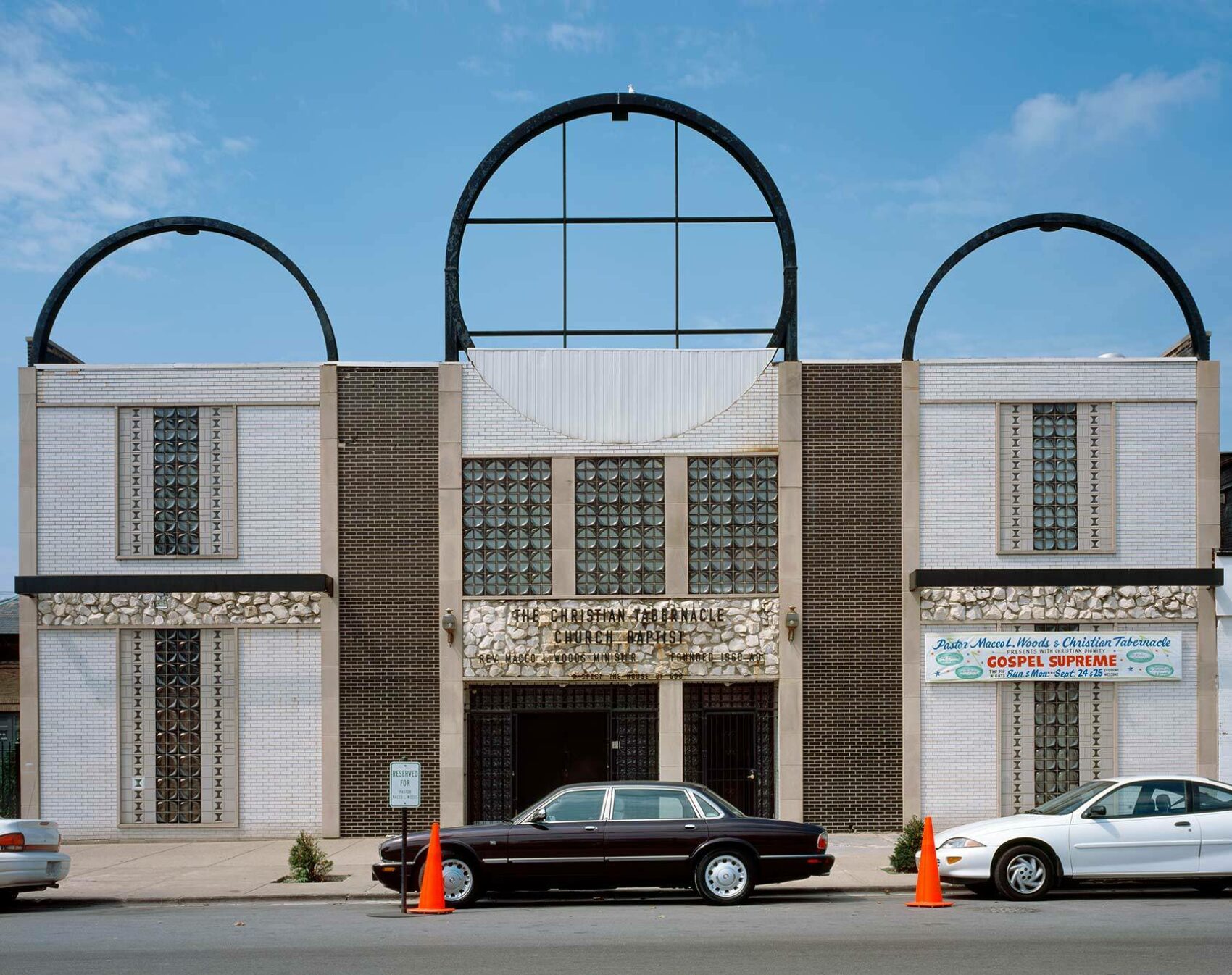 Amidst the train lines, the blocks of rampant gentrification, and the discount clothing and beauty shops along 47th Street, the Christian Tabernacle Baptist Church stands out. The three circles atop the church’s roof once featured signs announcing the structure’s blessed place just west of the Martin Luther King Drive and 47th Street intersection. ©Micah Marty / CITY 2000