“What we’re after is to see how the Earth behaves when it is warmer than it has been in the last 1 million years.”

—Ed Brook, paleoclimatologist and the principal investigator for COLDEX 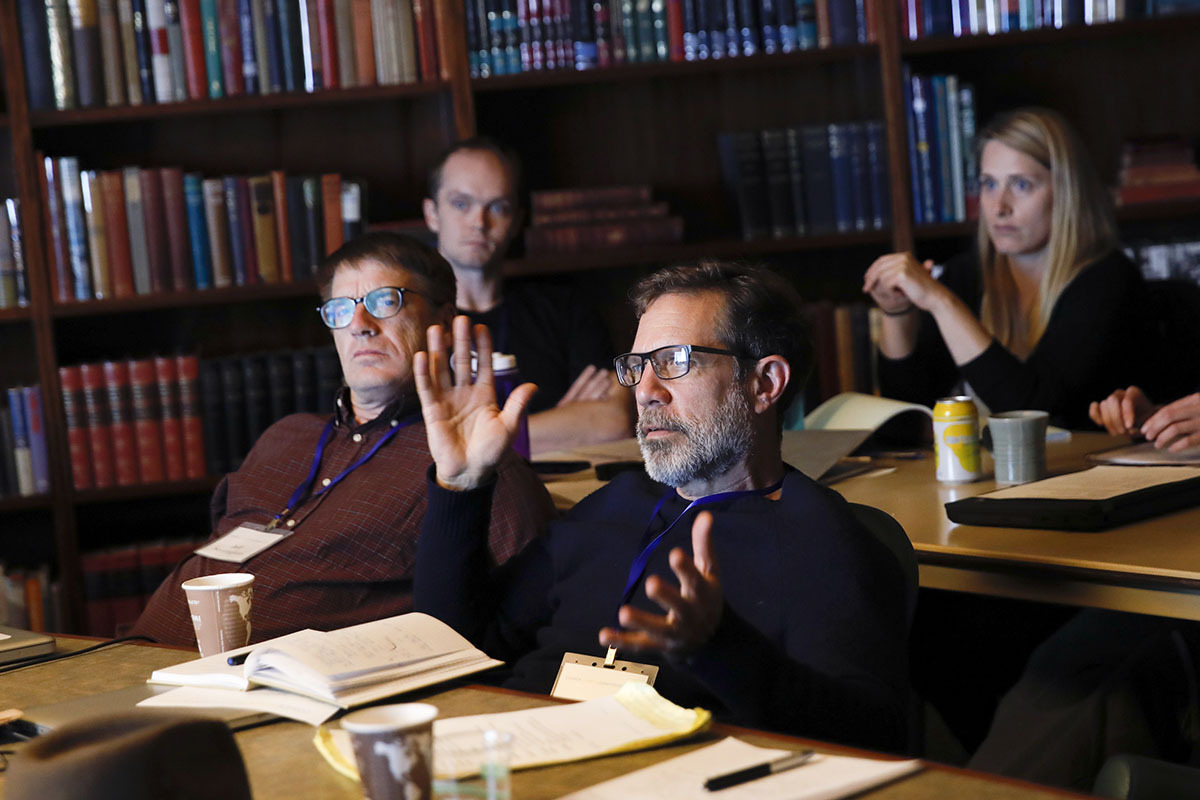 Jeff Severinghaus and Ed Brook at the 2019 Comer Climate Conference

By searching for Antarctica's oldest ice, scientists from across the U.S. will learn more about how the Earth's climate has changed over the past several million years. The Center for Oldest Ice Exploration, or COLDEX, will be created under a five-year, $25 million Science and Technology Center award.

“This is fundamental exploration science. What we’re after is to see how the Earth behaves when it is warmer than it has been in the last 1 million years. In order to do that, we have to find and collect ice cores that go back that far,” said principal investigator Ed Brook of the Oregon State University College of Earth, Ocean, and Atmospheric Sciences.

In the late 2010s, Jeff Severinghaus’ lab identified 2.7 million-year-old ice though the samples did not present a continuous record.

“We’re pretty optimistic about getting into three million-year-old ice,” said Severinghaus, who estimates it will take the full 10 years of the anticipated total grant period to reach it. “We hope to get back as far as five million but that might be a bit pie-in-the-sky.”

In addition to groundbreaking research, the COLDEX team will focus on climate literacy in the classroom and increasing diversity among polar researchers. The project will create a lasting network of established scientists, undergraduates, graduate students, and postdoctoral scholars working together to advance science and shape a more inclusive scientific community.

“The goal is to understand how climate behaves in a warmer world, like the one we’re headed for in 100 years. To find out, you need to go back at least two million years.

A Tribute to Adam Marks