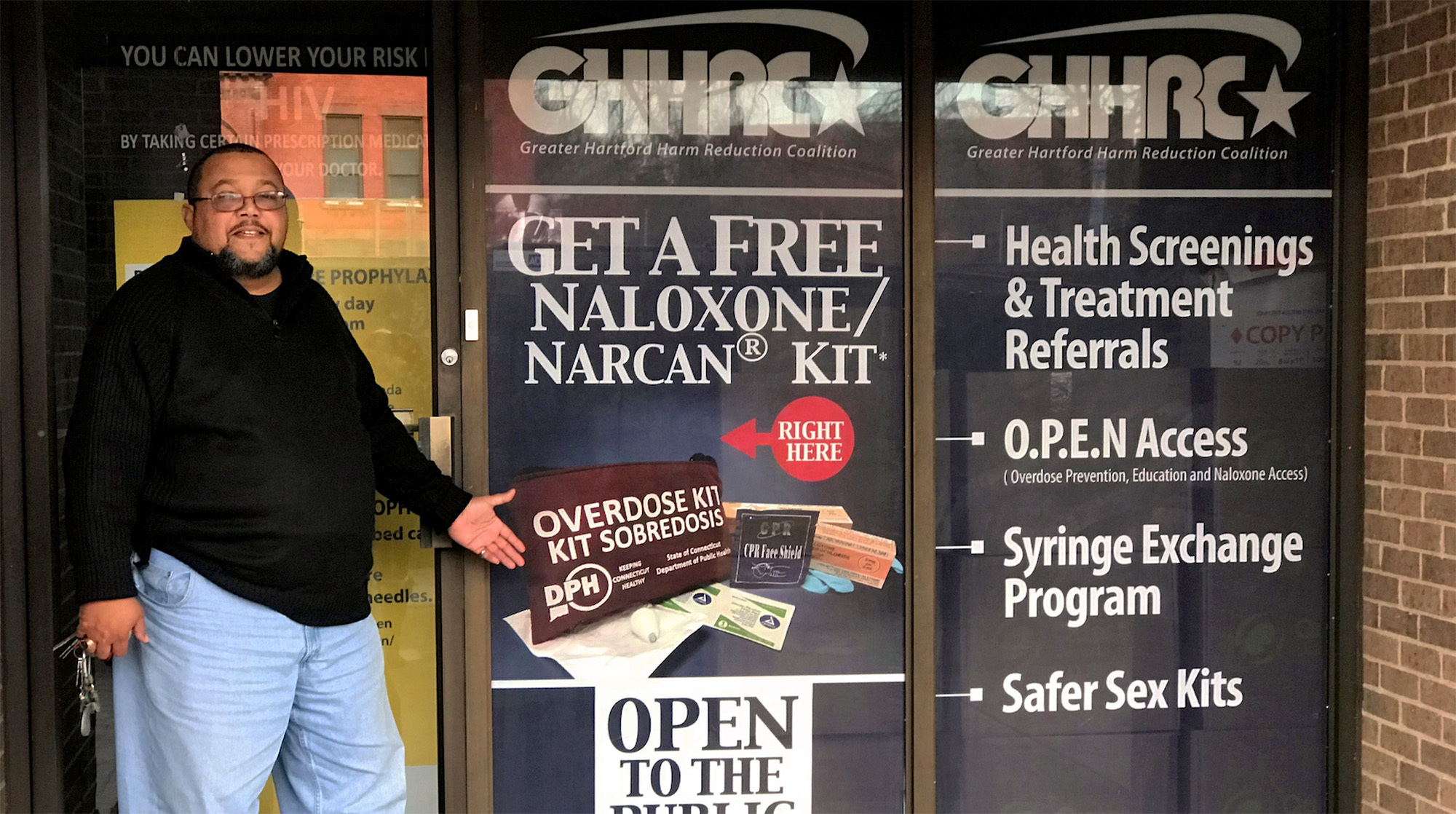 The following interview with founder Mark Jenkins was recorded on July 28, 2020

Initially, when the shutdown occurred, we didn’t know how to make heads or tails of it. But one thing we did realize was that we could not stop providing the services to the individuals we served, because in many cases, we were their lifeline. We might be the only friendly face they encounter in the course of a day. Yet, we really had to be concerned for the safety of everyone. It took us about a week to figure out what to do. Then [we had] to figure out how to maintain the service level, but at the same time decrease the risk of [coronavirus] exposure to our staff.

It’s my job to make sure individuals we serve have the tools necessary to keep them safe, or safer. In addition to COVID, we are still in the midst of the greatest epidemic around drug supply and fatal overdoses that we’ve ever encountered. We still don’t have a grip on this. And as overdoses continue, fatalities rise. If we shut our doors and went away, I can only imagine what would have happened. We have doubled the amount of engagements [during the pandemic]. We have doubled the amount of syringes collected.

But I guess we were lucky. We have a great relationship with the local health department, which is run by the city and the mayor. We have a rocky relationship with the political piece: Even though they understand the necessity for harm reduction and the services we provide, it’s a double-edged sword for them. Early on, to have the mayor and the city say they want to be sure to continue providing our services, even if they have to pay for it out of their own coffers, that was huge. There were already a couple of initiatives in the works to position us as the city’s response to this epidemic. Hartford is the hardest-hit city in Connecticut, as far as the number of fatalities connected with opioid use.

We had benefited from being a part of the greater harm reduction community, and having access to supplies that we probably couldn’t have gotten locally. Being part of the [Opioid Safety and Naloxone Network], we’ve always had sustainable supplies of naloxone. Then, being a beneficiary of additional supplies from multiple state agencies, we’ve been able to keep a very heavy and steady supply of multiple types of naloxone flowing directly into the hands of the people we serve. I could not imagine the number of fatalities we would be facing here in Hartford if these services weren’t there. We have an RV that has a full spectrum of services. We even have the ability to carry a nurse or doctor on board.

Things have been challenging, to say the least. I will say our mayor, who has been on board all along, has been aware of other actions around the globe. I almost fell out of my chair when I heard him mention the prospect of a safe injection facility a while back. We operate the city’s only overdose prevention site, and that was one of the things we had to tailor at the onset of COVID. [Instead of] having the drop-in center fully operational, we [used the RV to accommodate] one person at a time receiving services, and one person could utilize our restroom, which is an overdose prevention site. We never shut it down.

We don’t condone the use [of drugs]. But our bathroom is monitored, so anyone who enters, after every three minutes a timer will go off, and that person has to respond. If that person doesn’t respond, we act accordingly. There's a protocol that goes into place.

We made sure early on everyone had access to masks. For the first month, [that] was challenging because they were difficult to source. We just couldn’t find them. It took about a month, during which we really had to be careful with everybody, making sure their hands were clean and we were social distancing. We gave out bars of soap until we were able to get our hands on masks. [Eventually] we were able to acquire thermometers to check temperatures. And ever since we’ve had the ability to get those, we’ve made sure we provide [personal protective equipment] kits.

A lot of the soup kitchens closed down, and we were approached by one of the hospitals that asked to deliver some sandwiches, that needed distribution support. We were given and blessed with 100 breakfasts and 100 lunches for nine weeks to deliver to those in need. [Once that ran out] we were able to secure funding from another local foundation, and we began making sandwiches ourselves.

In addition, our outreach teams began roving patrols. I equipped our vehicles with flags, so when the vehicles are on duty, there are red flags that fly from the back. We instructed our participants, when they saw those flags, to wave the van down if they needed services. We were able, through the additional city funding, to hire two more people. We purchased another van through another grant. Now we’re out there 12 hours a day, from nine in the morning until nine at night.

In March, our RV had 180 visits. That number [jumped] to 411 visits in April. It’s been busy, and [between May and July], we’ve given out 120,000 syringes, which is probably three times what we would normally give out in that amount of time. We’ve also given out more [naloxone] than any other community-based organization in the state. We have become the first harm reduction organization the city has funded. They're not paying for syringes, but they are paying for our staff that gives out the syringes. 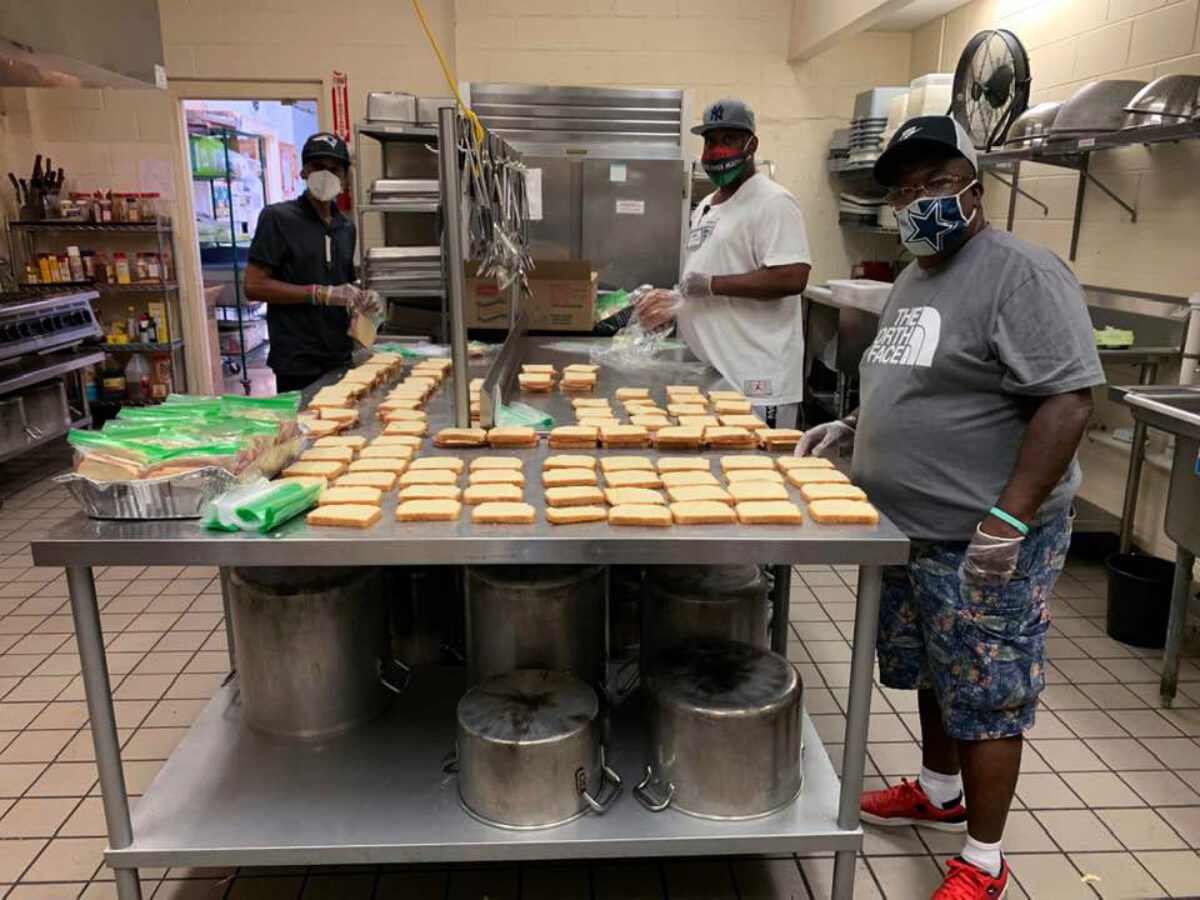 One thing we did realize was that we could not stop providing the services to the individuals we served, because in many cases, we were their lifeline.

One-year reflection: interview with Mark Jenkins was recorded on May 5, 2021

To say our numbers have increased exponentially over the last year is an understatement. We usually spend $200,000 a year on syringes. Our next order for syringes is $200,000 for the next three months, and we still struggle for funding support.

We now work in 26 communities and are doing COVID-19 vaccinations for our [syringe service program] clients. Yet even with COVID funding there is so much wasted money. Health departments are partnering with licensed mental health facilities, when they should be partnering with syringe service programs. Our program is still left out of the loop and we are the one working deep in the community. The usual suspects get the [COVID] money, and the majority of their work is going to the suburbs, not the inner city where the need is greatest, outside of a few programs such as the emergency shelter we ran for them. We opened a 28-bed emergency shelter for unsheltered elderly [people] and people who use drugs, but that ran its course now that winter is over. The funding was for the basics like meals and beds, yet [there was] no funding to provide case management. We ended up doing it anyway by pulling up our rover to offer full [syringe service program] case management and harm reduction supplies. We were able to place all of the elderly [people] into housing and 75% of the others were referred to housing and other services.

We are still doing all the work, and the health department is picking [over] the bones of the program, getting recognition for it, such as the naloxone distribution. We cannot allow companies and the government to pick and choose from our palette and say they are doing the total embodiment of our work. We have to get to a point [where] we can be all-inclusive and not cherry pick the services they are comfortable with to say you are doing harm reduction.

How Syringe Service Programs Save Lives During The Pandemic